Since a lot of these can now be verified, should we strikethrough the ones which didn't turn out correct? This way, we would have a history of theories, but someone coming to the Hunter's page won't be confused by ones which conflict and can be proven untrue. Choytw -- Talk 09:45, 18 December 2008 (EST) tim kring confirmed it... he is not a evolved human--Manwithnoname 17:40, 14 January 2009 (EST)

Can we put down a source for his name under Published Spoilers rather than just in the changelog? --Yamawhata? 12:10, 27 January 2009 (EST)

In one of the spoilers, there are links to magazine scans, in one them, it's mentioned that Angela knows his name, and they give it. Hold on, let me find it. Intuitive Empath - Talk - Contributions 13:28, 27 January 2009 (EST)

Was he called "Danko" in A Clear and Present Danger? I don't recall that, and apologize if I missed it on my one viewing. If it's from spoiler info, then it should be removed in case it turns out incorrect or misleading.--Tim Thomason 22:49, 2 February 2009 (EST)

It would be so cool if he had an ability. He seems to be like Arthur by thinking or believing he know what to do better than anybody else. He might hate his power or the fact that he has 1 thus hating all evolved humans.

Maybe his power is Threat Adaptation: the ability to adjust to any threat as long as it is known. Like telepathy attack => mental blockers; falling from a building -> learning to fly. Imagine a fight with past Peter. Peter attacks, Danko adapts, Peter absorbs adaptation, Danko adapts to the adaptation :D. Discipol

How tall is Danko? His face is imposing but he appeared noticeably shorter than HRG. Maybe HRG is quite tall? I've been seeing tweets like http://twitter.com/davidalexanderm/statuses/1244270226 --Torley 16:51, 25 February 2009 (EST) 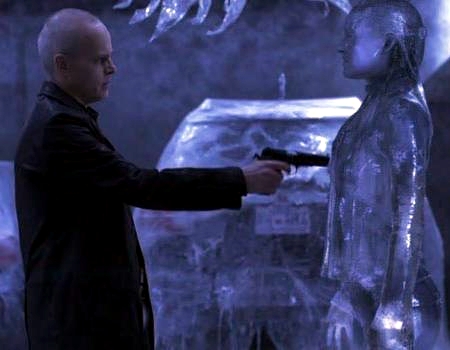 Heroes not named on page

Weird Question but what the heck ....

Danko stated that the tranquilizer he was injected with was strong enough to kill an elephant. Does this mean he is dead, since his body mass is much less than that of an elephant? --Crazyaspie 00:45, 20 May 2009 (EDT)

Danko DID have an ability...

...or they forgot compasses don't work for normal humans. Joseph said he gave a compass to Danko, so he could come and take Samuel. But when Noah held his compass, it was dead. Unless Danko was supposed to give Joseph's compass to an evolved human and find the carnival this way.