Is it possible that anyone artistic or good with image editing software could design a graphic, simple black and white for this page? ----

Appearance of The Symbol?

I recently read on a fansite that the symbol appeared on Niki's map she found in the trunk of the red car (telling her where to take the bodies of the Linderman's thugs). I couldn't tell from the version of Don't Look Back I saw on NBC, but their quality is not very good. Anybody see the symbol there? - RyanGibsonStewart (talk) 02:14, 3 January 2007 (EST)

Best Translation of the "Symbol"

By far the best explaination for the symbol's meaning comes from here:

In Episode 12 "Godsend", Ando say that the Symbol is made of two kanji : SAI and YO. Here's what i found about those Kanji (Chinese character also used in Japanese).

First, take a look at the picture in attachment. The first kanji is SAI. In the episode, the translation call it "Great talent". The real meaning of this kanji is Ability, Talent (other meanings not related to the show is omited here).

The other kanji is YO. The translation call it "Godsend". The real meaning of this kanji which is closer is actually "Reward" or "Granted". I can also mean "to cause" (used as a verb). - WeirdoBc 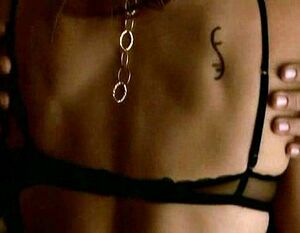 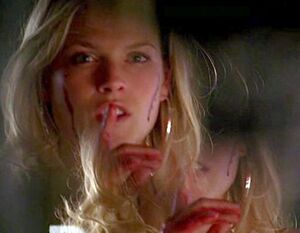 The lead description says that the 2 symbols Ando saw were "Sai" and "Yo". Can we get either an external source or at least an image of these two symbols? - RyanGibsonStewart (talk) 06:49, 24 January 2007 (EST)

I just noticed that the symbol on the hilt of the replica sword faces the opposite direction of every other occurrence of the symbol, including the one on the hilt of future Hiro's sword. Is the graphic we are using for that by any chance from a picture of a reflection of the symbol in a mirror?--E rowe 13:50, 25 January 2007 (EST) 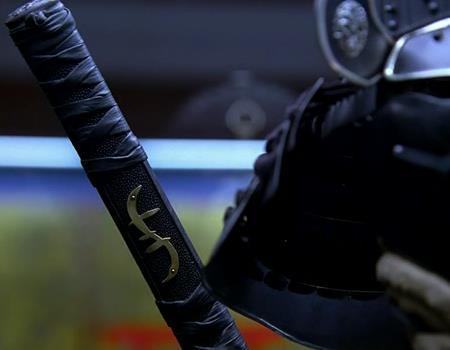 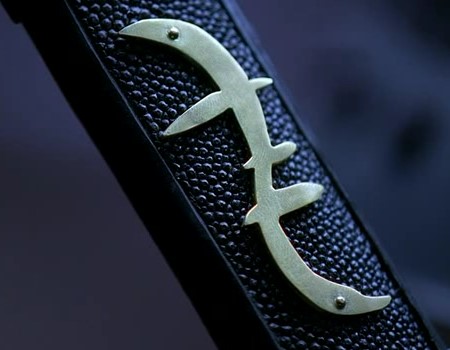 In the parking garage

The article says the Symbol can be seen "on the first axel of the car Hiro and Ando are hiding under while trying to escape thugs" (The Fix). Is anybody else seeing this, or am I just so myopic that I'm overlooking something so obvious. Can we grab a screencap for Grandpa Ryan over here? Thanks! — RyanGibsonStewart (talk) 14:16, 3 February 2007 (EST)

Should we do away with the text list of appearances and just merge it with the gallery? That's what we did with Isaac's paintings and ... uh ... another article that had both which escapes me at the moment.--Hardvice (talk) 00:35, 12 February 2007 (EST) 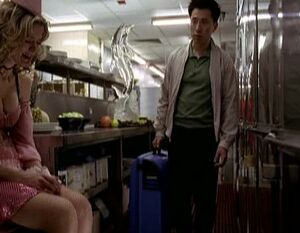 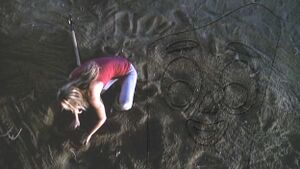 These are listed on Wikipedia: 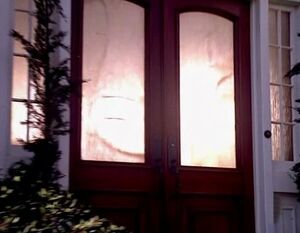 Symbol in every episode?

Ok, so the symbol has been spotted in every epsode except for these five:

Anybody think perhaps the symbol actually appears in those episodes as well, they've just not been found yet? I'm gonna rewatch them sometime and look carefully --Frantik (Talk) 19:51, 5 March 2007 (EST)

Okay --- I threw this one around a lot --- and don't really know --- the scales on Mohinders desk when it is about to pan out of the scene --- have two pencils and the edge of the laptop that makes it look "sorta" like the helix--- I wanted a second opinion --- and a screencap if anyone can do that. and oh by the way --- i think that dolphin looks so much like the helix it should be added as a possible example --- if you guys want to create that thread. Guy 16:04, 9 March 2007 (EST)

According to a poster at 9thwonders.com, this is the symbol: 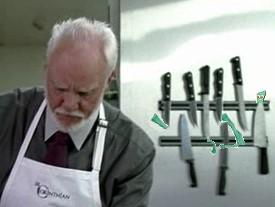 Exuse me but I don't get the point with the gumby you add on screens and I don't understand if you are laughing about the screen of the knives or not because I actually see the symbol on this capture and I don't know how you can't see it if you don't oO Could someone explain me the joke ? --FrenchFlo(talk)(contribs) 07:28, 21 March 2007 (EDT)

Well, it's very unfunny joke that I, for one, believe will get funnier around, oh, the thousandth time it's used. :) It started here as an innocent joke, and now has become somewhat of an obsession, I believe. — RyanGibsonStewart (talk) 08:19, 21 March 2007 (EDT)