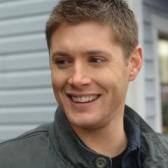 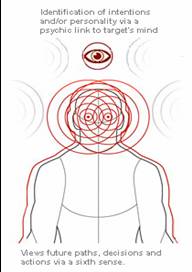 76%
Up until his first ability manifestation, Jordan Matthews was by all means normal. In his last year of high school, Matthews was the "silent one" whom everyone wanted to know. However, after his ability manifested, Matthews' mind was never focused and repeated, uncontrolled use of his ability was slowly causing his mind to break. Agents Russel and Kareene brought him into the Company after a week long mandatory survelliance mission, during which Jordan seemed to have great if not full knowledge of their presence and intentions. After being brought into the Hartsdale facility, Jordan was given the offer of becoming an agent, which he steadily took on the condition that Russel be his partner. No reason was given for this demand, perhaps he saw something in Russel that our "insights" couldn't.

Training began and Jordan excelled, resulting in his almost immediate promotion to agent status. Partnered with Agent Russel, Matthews was sent on a thought-to-be-simple bag and tag mission in Skopje. All mission details tell that upon encountering the target, one Uriel Jonte, Matthews "lost control" of his ability and was easliy subdued by the target. A back up team was assigned and Jonte was captured. However, the mission left Matthews forever scarred, as emotional trauma suffered at the hands of Jonte still haunts him to this day.

Years of expirience grew on Matthews and he became known by fellow agents as The Seer, a name which he took with pride and modesty. Practically turning in his bagging and tagging missions for a "permanent residence" within the Hartsdale walls in order to share his insight with those who needed him, Company officials deemed it necessary that an asset such as Matthews was indeed too rare to risk and so, his future missions were effectively turned over to his long time partner, mentor and friend, Russel and his array of new partners.

Matthews' immense cooperation with Company doctors have lead them to deem him "loyal" to our cause.

Doctors have recorded however, Matthews' has an initial suspicion of strangers, possibly due to his foreknowledge of what they will eventually do, and he refuses to share certain visions he has, claiming that "no one needs, or should know".

Due to this, continuous surveillance has been kept on him for most of his time with the Company, but, after the death of Company Director Bob Bishop, surveillance was ordered to halt by the new director, Mrs. Angela Petrelli.
Retrieved from "https://heroeswiki.ddns.net/index.php?title=User:AgentJordan/Assignment_Trackers/Jordan_Matthews&oldid=173520"
Categories: