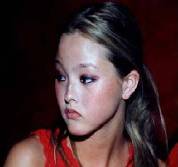 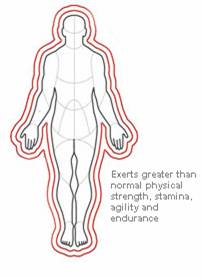 82%
As a young girl, Tina was usually ignored as her parents' attention was focused on the young Zahn Hahn, Tina's cousin who had become their ward following her parents' death. Zahn was consistantly better at everything Tina did, pleasing Tina's parents to such an extent that Tina was seemingly forgotten. One evening, while Mr and Mrs Bui were away at a dinner, theives broke into the house to steal the valuable diamonds that Mr Bui and his company held. Tina was shot and Zahn survived without a scratch.

Following that night, Tina discovered that she was much stronger than other people her age. Further testing of her power made her realise that she was stronger than everybody. She contacted a doctor, who alerted The Company. A Bag and Tag was initiated and Tina was monitored for four years before a recruitment process was ordered. Tina became an agent to the highest class and currently holds the record for the fastest completion of the training simulation. Her ability, matched with her skill in martial arts makes her one of the best agents in The Company's history. Out of all of Tina's missions, only one target has ever escaped her grasp. Nicknamed the "Sandman", a special with the ability to control sand managed to avoid Tina's capture during a mission in Cairo.

After long years of bagging and tagging, Tina put in her resignation but was instead reassigned to training new recruits, a job which she found personally rewarding.

Tina's initial jealousy towards other women comes from her childhood problems with her cousin/"sister" Zahn Hahn. However, Tina's control over her mental state and her determination to remain kind and caring has managed to drive these jealous qualities away, at least for now.
Retrieved from "https://heroeswiki.ddns.net/index.php?title=User:AgentJordan/Assignment_Trackers/Tina_Bui&oldid=173522"
Categories: