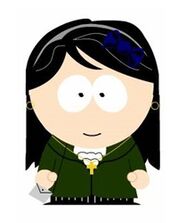 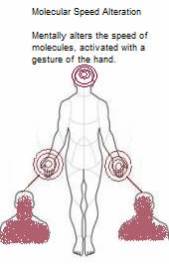 56%
Born in Skopje while her parents were vacationing, Rosalie inherited her molecular powers from both her parents who share an aspect of the power themselves. Her life spent full of expectations, Rosalie took her chance to escape with her short-lived fiance Barry Moore. Reports indicate that before eloping, Rosalie's combusting abilities manifested, resulting in the death of Moore. Eventually returning home and learning of her origin, Rosalie moved in with her grandmother until she also passed away. Rosalie suffered another family death a few months later with the passing of her mother (see C049) and then learned of her impending bankrupcy. Rosalie has since been attempting to once again escape her life.

Her entire life Rosalie has been given what she wanted, however, she has also lived her life with numerous large expectations from her family and authority figures. With this, Rosalie has inherited a tendency to act on any rebbelious thought that comes to her mind and as such may pose a flight risk if an idea of revealing her special abilites comes to mind. Furthur observation/surveillance should be continued on her as well as her father (see C050).
Retrieved from "https://heroeswiki.ddns.net/index.php?title=User:AgentJordan/Rosalie_Black_AT&oldid=173630"
Categories: