It is well known that Ali Larter has portrayed the greatest numbers of characters in Heroes whether they be different personas, espionages, or identical relatives. 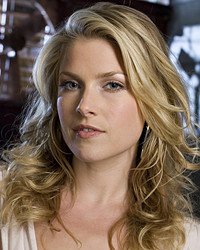 Name:Niki Sanders
Ability:Enhanced strength
Niki grew up with her abusive father, Hal Sanders and her younger yet protective sister, Jessica. In a drunken rage Hal killed Jessica, and a tramatic Niki subdued the memory as a child. Years later Niki met and married D.L. Hawkins and they had a son, Micah. Niki's stress, alcholism, and tramatic childhood, brought on a split personality; one to "be the strong one" as Niki felt she wasn't strong enough to deal. The first alter to manifest named itself Jessica, attibuting itself as a protecter as Niki's deceased sister once was. After Niki successfully intergrated with Jessica (and learned that she had incredible strength), another personality maifested, Gina. This personality's shenanagans in Los Angeles ended up gettng D.L. shot and killed. Horrified, Niki seeked out treatment and left Micah in the hands of D.L.'s familiy, the Dawsons. Once The Company helped her integrate her alters, she was infected with the Shanti Virus, a debilitating virus that left her powerless. Now, mentally healthy she returned to Micah. There, she found out that Monica, the relative in care of Micah, was captured. Niki succesfully saved her and Micah, but in doing so, became trapped in a burning wearhouse and died. 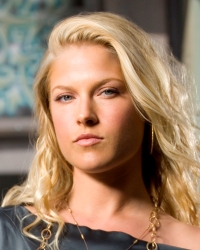 Name:Jessica
Ability:Enhanced strength via Niki
Jessica was the first personality to manifest in Niki. She took control in times of Niki's stress or a weakened state. The personality took the name of Niki's sister as Niki saw her as being protective. An often aggressive and taunting personality, Jessica committed violent crimes for not only money, but for a crime boss, Linderman. Jessica intergrated with Niki once Niki realized that she was "the strong one" and that she, in fact, could fight back.

Name:Gina
Ability:presumably Enhanced strength via Niki
Gina was the second personality to manifest in Niki. Gina appered after Niki stopped taking her Company prescribed medication. This personality got its name from an alias that Niki took on a runaway trip to Los Angeles. The personality had the same thing urge in mind, to go to L.A. for a "fun time". After D.L. died, Niki went back to The Company seeking more effective treatment, and there they helped her associate Gina away. 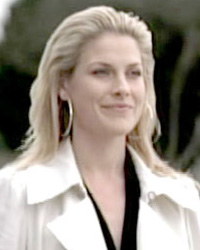 Name:Candice
Ability:Illusion
Candice Wilmer is an evolved human with the ability to alter reality with illusions. Under Linderman's bidding, Candice used her ability to portray Niki for a short while to ruse Micah into using his power to help Nathan win the election. 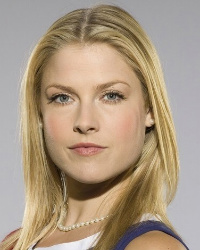 Name:Tracy Strauss
Ability:Freezing
Tracy Strauss, a senator's aide to Nathan Petrelli, wondered why she kept getting confused with a woman named Niki Sanders. After reseaching her name, she found an address. This brought her to the wake of her estranged decesed identical sister, Niki Sanders, and to her son, Micah Sanders. Micah led her her to Dr. Zimmerman, who told her that she is one of a set of triplets who were synthetically given their abilities. After that dicovery Tracy went on a unsuccessful pursute with Nathan Petrelli and his father to bring the world to a new future. When that plan didn't work out Nathan's new plan was to capture evolved humans. Tracy was one of the captured and after many weeks of torture Tracy was broken out by a cloak and dagger figure that went by the name Rebel. In time, Rebel was revealed to be her estranged nephew Micah. On an escape route, Micah and Tracy were cornered by pursuing agents. Tracy told Micah to run and conting you what he was doing. Tracy created a giant cold snap, freezing and killing the agents. The artic blast left her in a frozen statuesk form that was shot and shattered, leaving the peices to fall into a drain. Days later she returned, in a mysterious watery form, and killed a number of agents who assisted in her apprehension. 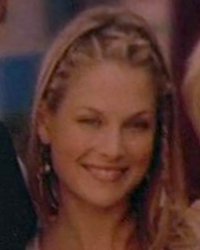 Name:Barbara
Ability:unknown
Little is known about the third triplet, Barbara. She is shown in what appears to be a family photo alongst side Dr. Zimmerman and The German.