From Heroes Wiki
< User:CreedogV(Redirected from User:CreedogV/TheWorldEntire/Barbara Zimmerman)
Jump to navigation Jump to search

Barbara Zimmerman is a version of Barbara in The World Entire universe. She is a Special and a former agent of Pinehearst before eventually converting to Primatech. 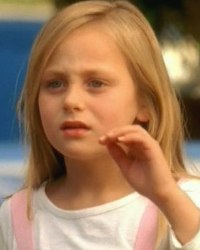 Barbara enters Nathan Petrelli's office and attempts to seduce him. Nathan however, instantly recognizes Barbara as not being his wife and so he denies her advances and asks her to leave. Angry that Nathan called her Barbie, Barbara uses her vertigo abilities to cause Nathan great discomfort. After he fights back, Barbara laments how it hurts whenever he fights her. Barbara then leaves Nathan, suggesting he have fun screwing the world.

It is also revealed that as a child, Barbara lived with Dr. Zimmerman and that she was given an Evolution Shot.

At the Pinehearst Company, Barbara enters the office of Arthur Petrelli and is given the assignment of retrieving the formula from Peter Petrelli. Barbara soon arrives at Mohinder Suresh's laboratory and attempts to retrieve the formula. However, Mohinder calls her identity bluff. Immediately Peter becomes invisible and hides the formula so Barbara forces intense feelings of vertigo into Peter and Mohinder. Barbara then announces that she can continue amplifying their pain as long as she wants. Micah Sanders then enters the loft and distracts Barbara long enough for Peter to block her power and knock her out.

Barbara is soon returned to Pinehearst, minus her ability, and reports to Arthur who simple throws her out of the window. Barbara is not instantly thrown out however, so Arthur must throw her out a second time. Despite falling seven stories, Barbara survives and calls Primatech. Her life saved, and Pinehearst eventually destroyed, Barbara throws her Pinehearst pin to the ground and soon goes on to founding a new foundation of The Company.

By 2015, Barbara has healed from most of her injuries but requires artificial cartilages. She stands alongside Mohinder as Bess Detskij is made Company director. One of her cartilages breaks and she sadly states she will need a new one but that is what you expect from being a cyborg.

By 2026, Barbara has been given a position in Agent Arrangement and is reportedly missing her glory days. When Peter Petrelli visits The Company and meets with Barbara. They bond over their facial scars until Evie North, Barbara's partner, enters the room. After much information is given to Peter, Evie jokes that Barbara's only job is to give visitors vertigo. Barbara then informs Peter that he is going to be given a top secret assignment.

Meanwhile, Shanti Suresh arrives from "The Other Side" and teases Mohinder for marrying a "gora" while also mistaking Barbara for being the mother of his child.

Barbara has the ability to create mild to intense sensations of vertigo, nausea, and photophobia in others. She uses her ability to tease Nathan Petrelli and later to powerfully attack Peter Petrelli and Mohinder Suresh.

She lost her ability to Peter but he later returned it.