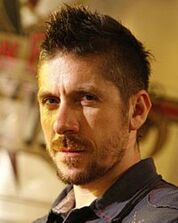 None
M
Sullivan Bros. Carnival
Carny
None
Physical
This subject can move faster than would normally be possible for a human being.
Edgar
SUPER SPEED
Daphne Millbrook
F
Paris, France
37

47%
Edgar was born in England and a teenager, while playing a game of football, his house began to burn and he used his ability and has run away. So it came to Carnival where he met Samuel and became his right arm.

Thanks to Hiro Nakamura, he then discovered that Samuel was to kill Joseph and Samuel tried to kill him but thanks once again to Hiro, he ran away and now his place is unknown .