Hey I don't think you're on right now, but if you get this, could you check out a problem that some people are having with the red links page? MiamiVolts says it might be that someone swapped in the test.heroeswiki.com domain this morning for the home page. I'm a bit clueless. See here for details. Thanks! — RyanGibsonStewart (talk) 20:05, 2 May 2007 (EDT)

Thank you for helping format my posts. Sometimes I get so caught up trying to get information out to everyone that I don't concentrate on proper formatting. Thanks bunches!! Disney42 21:13, 14 May 2007 (EDT)

Where I use to live

So Miltopia said he found this wiki "with plans to wreak havoc" which means he planned to vandalize and troll and it's doubtful he even watches the TV show. Good thing Hardvice is a sysop here. Of course Miltopia is lying as he is the one who stalks everyone (e.g. MONGO, Tbeatty, etc.) Also I only linked to diffs saying hardvice was impersonated on Wikipedia and the text links only said "here."

Miltopia also claims that everyone who hates him (and it's a lot of people) is just one person and if you want to have fun, if you revert Miltopia then his paranoid fantasy will include you as the one person who is after him. Bugmenot 03:03, 9 June 2007 (EDT)

So I just got a DVD recorder for my birthday. Awesome. I've recorded a few episodes onto DVDs, but I'm wondering what the next step is. I know you recommend Virtual Dub, which I'm downloading right now. Is there anything else I should know? — RyanGibsonStewart (talk) 20:06, 28 May 2007 (EDT)

Hey there. I know you're not around as much lately, but on the off chance you might be checking in, I was wondering if you could help me out. I added Portal:Effects Department, and I have a feeling more series crew portals will be coming. Adding in the 64 combinations to the See Also list at the bottom of template:crewnav is, well, a pain in the ass. My thought is to get rid of the logic and just go for a straightforward list instead. That would mean the see also would include a second link to the portal for that person, but I don't think that's a big deal or a bad thing. Unless you want to work out the logic for adding a new portal (or give me some tips on how to do it), I'd rather drop the logic altogether. Thanks for your help, Hardvice. -- RyanGibsonStewart (talk) 02:31, 20 June 2007 (EDT)

Hey, when you get a second, will you add Portal:Stunts and Portal:Effects Department to template:crewnav, or at least give me the lowdown on how to do it? Thanks! -- RyanGibsonStewart (talk) 16:38, 9 September 2007 (EDT)

Red links on your page

Hey, on Talk:Maya's ability do you know if you purposely clobbered my comment about the CBR interview, whether it didn't even show up for you when you edited, or whether you may have accidentally removed it? Check out the diff and you'll see my comment was replaced by yours. I don't really mind, but if it's a bug I want to investigate it. (Admin 23:26, 1 October 2007 (EDT)) 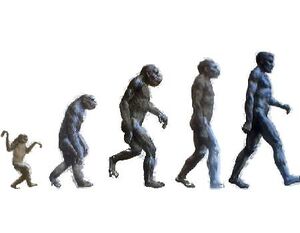 Tell me that the evolution image isn't crying out for a sixth figure that's flaming or just starting to take flight. 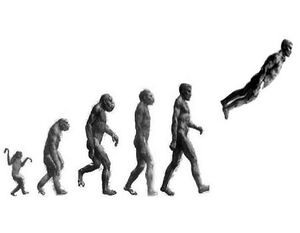 Why not allow the composite of the several framed-screen caps stay? Yes the clarity was a little less because of the merging, but it gives us ...ALL 12...of the twelve, as the picture is without the hand overprints. We could add all the frames individually to the gallery also, but having a single picture containing all the 12 is better. --HiroDynoSlayer (talk) 10/16/2007 18:29 (EST)

Lucky you, I'll let you work on the Template:Dawson Tree :) The way I understand it, Nana and Paulette are either sisters or sisters-in-law. Nana's son is MIA, but he and Monica's mother had two children, Monica and Damon. That would make DL and Monica's mom first cousins. Micah and Monica/Damon would be second cousins. Nana is Micah's great-aunt. That seems right to me, but it's entirely possible that I'm way off. (Incidentally, I also think we should have an article about Monica's mom.) -- RyanGibsonStewart (talk) 01:06, 17 October 2007 (EDT)

Your user picutre gives me seizures...

Do you have any suggestions you can make for my page on powers? Also, check out my most recent one, under Fan powers. I know my videos need a little work but I'm getting there. And, if you can get your hands on a camera, contribute some videos. :D--Riddler 22:50, 21 October 2007 (EDT)

Missing from the theories public service announcement: every blond character is related to every other blond character. --FissionChips <talk>  17:06, 26 October 2007 (EDT)

Check out http://www.thelindermangroup.com which got added to our fan sites listing. Is it just me, or does this look like blatant copyright infringement? (Admin 10:54, 31 October 2007 (EDT))