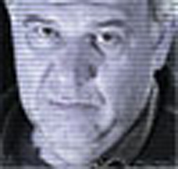 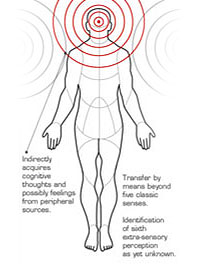 Shortly after graduating high school, Maury gained employment as a junior tug boat operator, tenure lasting approximately two years. It was during this interim that his ability may have manifested, per an increasingly spotty service record. After one particular incident of insubordination, which nearly resulted in the sinking of a commercial barge, Maury was fired.

Parkman immigrated to Los Angeles as point person of West Coast Ops in January of 1966. After a brief liaison, he married Lillian, pregnant with son Matt, b. June 10, 1968 [see AT file C002]. During this period, the senior Parkman was said to have gained greater control over his ability, utilizing his powers strictly on the job at hand.

Parkman was soon recruited into the Company by fellow founder A. Petrelli on the night of February 5th, 1978 and was subsequently introduced to Mrs. A. Petrelli, C. Deveaux, R. Bishop, K. Nakamura and V. Pratt.

Parkman was reassigned to TMI in February 1978. The strains of the job coupled with long periods of absence decimated his marriage. Parkman left home for good three years later, after returning stateside from Company assignment to Bhutan.

During this period, Parkman's mental health deteriorated as he began conversing with a now imprisoned A. Monroe. Monroe reportedly attempted to convince Parkman to release him, however, his attempts were unsuccessful. After many such encounters with Monroe, Parkman began to question his comrades and eventually left The Company. With Parkman Snr's departure, investigation and surveillance was authorized into his son.

After many years off the grid, and many failed attempts to locate him, Parkman resurfaced, seemingly aligned with an escaped Monroe and began to attack his once good friends. However, Bishop's operatives eventually apprehended Parkman and he was placed into Level 5 imprisonment. Several weeks later, after a mass Level 5 outbreak, Parkman escaped and aligned himself with Arthur Petrelli and the Pinehearst Company.

Although the exact details of Maury Parkman's history are the subject of some contention due to lengthy periods off the grid, it would appear that the seeds of Parkman's previously documented APD [see Psych file PMP06] were seeded in childhood. Unconfirmed sources indicate that Maury's mother Edith may have possessed an undocumented evolved ability. Suffering from what would now would be clearly diagnosed as post-partum depression, Edith failed to learn the English language, and was highly agoraphobic. The Haitian reports that in a drunken moment, Parkman once confessed that his mother never revealed her ability to anyone but him (including her husband), while subjecting him to what could only be deemed excruciating mental anguish, i.e. inducing alternate realities and individuals into the mind of her son, beginning at the age of three. A pattern of acute sociopathy seems to begin manifesting during Parkman's tenure as tug boat operator, although it took more than a decade for Psych to collect enough data for full diagnosis [see Psych file PMP06]. During the early years, Maury's considerable malicious streak was considered utilitarian (and perhaps even nurtured), per overall directive.

Although not official, this is how Maury Parkman's assignment tracker should look like, including a Telepathy ability diagram, and the exlusion of his meeting "the four" at Uncle Ira's. Other non canon information has been added although they have been placed in italics.)