Victoria Pratt was a biological engineer who on Valentine's Day, 1977, discovered the Shanti virus in Shanti Suresh's blood. On Company orders, she manipulated the virus into a weapon -- the result was Strain 138, which can kill at least 93% of the world's population. She was part of a group of twelve founders of the Company.

Nathan gives Matt a picture showing a group of twelve individuals. One of the people is a woman who stands between Bob and Mr. Parkman.

Nathan recognizes the name Pratt from Bob's files. He remembers the Pratt family as being family friends, and lists the name "Pratt".

Questioning Angela Petrelli again, Matt Parkman shows her a picture of the group of twelve, noting that the only members still alive were herself, Maury, Bob, and an unknown woman. Matt asks Angela who the woman is, as her life may be at risk. Angela refuses to answer, so Matt uses his telepathy to attempt to force it out of her. Angela still fights it, and states that the woman just wants to be left alone, and that Angela will never give up her secret. Later, Matt has the name "Victoria Pratt" written on a note above her picture. 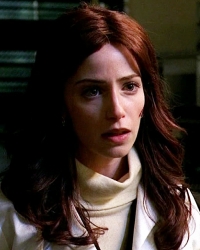 In the past, Kaito orders two guards to lock Adam up and throw the key away, after he tried to break into Victoria's office. Victoria tells Kaito to shut the program down, but Kaito decides to send the virus to Primatech Paper in Odessa, where he thinks it will be safe. Victoria disagrees, and tells Kaito that the virus needs to be destroyed, but Kaito says the other founders would never allow that.

In the present, Peter comes up to her at her home in Searsmont, ME, and says he's looking for Victoria Pratt. She says she has never heard of her, to which Peter tells her he knows she worked for the Company. She points a shotgun at him, and he tells her he traveled to the future and saw what happens a year from then, and asks her for help in stopping the virus; she tells him to go inside. Inside, Peter tells her that he needs to destroy the virus to save Caitlin. She tells him that if Strain 138 were ever released, it would kill everyone. Outside her house, Victoria shoots Adam and Peter. She goes up to Adam, planning to blow his head off, to be sure he's dead. Just as she is about to do it, Peter knocks her out. Back at the house, she tells Peter that he's helping Adam release the virus. Peter thinks they're going to destroy the virus, but Victoria tells him what he did 30 years ago. She refuses to tell them where the virus is, at which point Peter reads her mind and finds out that it's in Odessa, Texas. Adam begins to untie her and tells her that they don't want to hurt her, they're letting her go, knowing that she would try to shoot Peter. She does so, but Adam shoots her first and kills her.

Please refer to Theory:Victoria Pratt for fan-created theories and other speculation.