From Heroes Wiki
< User:Mateussf
Jump to navigation Jump to search

Name shifting is the ability to:

Alex has demonstrated this ability by adulterating the spelling of his last name from Woolsly to Woolsley. (The Swimmer)

Ando added a letter "t" to his last name, making it look like Matsahashi. (NBC's trivia)

Candice has shown to have great control over this ability, using it several times. Her name has been spelled as Candice (The Hard Part) and Candace Willmer (The list).

His last name is spelled Devoux. (From the Files of Primatech, Part 2)

Is Curtis's last name Hovsepian (The list and Prisoner manifest list) or Hovespian? (Elle's cell phone) He also altered the spelling of his cities' name from Grant Pass to Grants Pass.

her last name is mispelled Smithers. 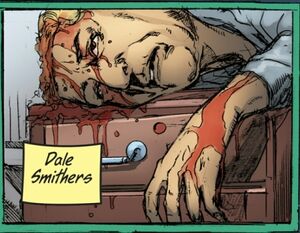 Smithers, are you sure?

His last name has been both spelled Acerra (The list) and Acera (Interactive map).

His last name was mispelled Bennett. (Credits of Genesis)

Her first name has been spelled both Pam (The List) and Pan (Interactive_map).

Sanjog (Seven Minutes to Midnight) has changed his name to Sanjop (Interactive map).