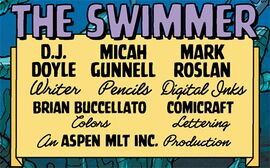 Alex Woolsly thinks back over the good things in his life. His ability to breathe underwater allowed him to become a swimming champion, his parents were proud of him, his job at Sam's Comics was helping him to save for college, and he rescued a drowning surfer after an accident at the beach. Now, as a fugitive from Homeland Security, his perspective on past events has changed. His swimming success made other competitors resentful, a figure in glasses was watching his family, surveillance cameras recorded him working at the store, and he wonders whether one of his friends from the beach could have betrayed him. He has lost the security and happiness he once had, but when he looks at Claire Bennet from his hiding place in her closet, he sees that some things in life are still beautiful.