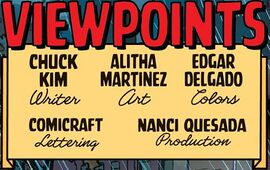 In the Company gallery, Sylar looks at the portraits of several Company agents whom he killed. His superior walks up to him, mutters his name, and angrily spits in his face.

Tired of the anger shown to him by his fellow Company agents, Sylar breaks protocol and goes on a solo mission in Chicago. He performs surveillance on the apartment of Rachel St. John and soon finds her boyfriend Dennis, a Level 5 escapee. He decides to handle the situation himself.

Entering the apartment, he finds Rachel as well as the bodies of two Company agents. Rachel begs him for help before being knocked out by chlorine gas. Sylar is confronted by Dennis, Michael Fitzgerald, and Tina Ramierez. Sylar soon learns that the three escapees know and admire him. Dennis asks if Sylar had come to join them. Sylar says no and kills Dennis, only leaving his burning skeleton. He then uses telekinesis to seize the other two escapees, and closes off Michael's windpipe. Rachel begs him not to kill them.

A half hour later, Sylar's superior shows up along with a team and the Haitian to return Tina and Michael to Level 5. Dennis's remains are taken out on a stretcher. Sylar asks his superior if Rachel's memories will be erased. His superior retorts "What do you care?" Sylar thinks to himself that the only person who saw him as a hero would not even remember it.