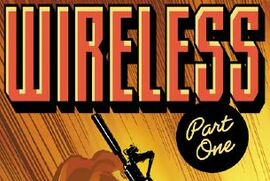 Hana Gitelman's family is killed in a suicide attack in Israel. Seeking revenge and a way to carry on her progenitors' legacies, she joins the Israeli army, but her superiors, fearing her motives, decide she's better off working intelligence for the Mossad. She excels as a strategist, but yearns for more. Things change for her when she is punched by Mr. Bennet.