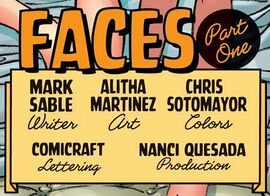 Penny Logan, Company agent, blends into a crowd in Manhattan to bag and tag a dangerous man. After successfully capturing him, Penny returns to Primatech Research. Penny runs into Thompson, Jr. and tries to hit on him. However, Thompson, Jr. is distracted by the arrival of Connie, Penny's mother, and hits on her instead. Connie apologizes and makes suggestions on improving her daughter's appearance, but Penny doesn't want to flaunt her body to attract guys as her mother does.

Penny and her mom arrive at Bob's office, then Bob tells Penny her request for a new partner has been denied, and that she will have to stay with her mom. Bob then informs them both on a new mission to catch a teleporter they have been tracking halfway across the country, and the plan to use the teleporter's girlfriend to get close to him.

Penny and Connie head to Levittown, where they spot their target saying goodbye to her. Connie then physically morphs Penny's body to match the girlfriend's, and Penny captures the target by impersonating her. However, Connie refuses to turn Penny back immediately, saying she doesn't want to her work to go to waste and will change Penny back in the morning. That night, Penny goes to a bar and Thompson, Jr. runs into her. Thinking nothing of it, she allows him to buy her an extra drink only to wind up in bed with him. When she wakes up, her appearance has reverted and Thompson, Jr. is asleep next to her.