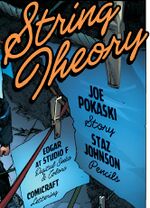 Around the fifth anniversary of the explosion, Hiro saves a young woman from police officers. He returns to his loft and continues to create timelines suspended from strings.

He explains how he tried to stop Sylar from causing the explosion by stabbing him, but was unable to stop him because Sylar had stolen Claire Bennet's ability to regenerate. He travels back in time to visit Peter Petrelli and tells him to save the cheerleader, hoping this will prevent Sylar from exploding. However, when he returns to his own time, he finds things unchanged. He returns to his loft to find a light on, and draws his sword--and finds himself face-to-face with his former self and Ando.