I was very tempted to make this in advance to make sure no one called it shapeshifting. Very glad it is called what it is. Good job.--Baldbobbo 00:07, 6 March 2007 (EST)

I've seen the claim that she made Simone's body disappear both here and on a BBS. I don't remember that happening. As I recall, the police never had a line of sight to the bed where her body lay. Is there picture confirmation? --Ted C 09:44, 6 March 2007 (EST)

I noticed in the note, how it was asked how Candace 'replicated' Mrs Bennet, without previously being in contact with her. I would have to go back and re-watch the show again, but didn't HRG make two visits to talk with Mrs Bennet? What if:

I don't think there's much need to worry about the visual effects used in .07%. On these occasions, Candace only used her power to disguise herself, not to change the appearance of anything in her environment. It makes some sense that there would be no background distortion in these cases, since there was no "background illusion" to drop. --Ted C 13:51, 24 April 2007 (EDT)

Though I originally argued it to be illusion...

After last nights episode, I'm pretty sure we were all wrong. The only instances of this power we have seen yet are Candice becoming Simone, Mrs. Bennet, and Sylar becoming Nathan. Now, others have pointed out, that Simone IS still laying in the bed in that scene with Candice.

All of these instances, the transformer only changes personal appearence (and voice)... so I think the correct title for this power would be Shapeshifting or Biological Manipulation (maybe add a self- in front of that) 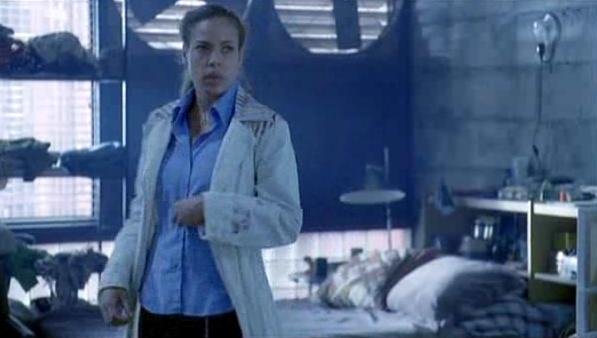 Sorry, Riddler, but you're wrong. This screencap taken from a shot that takes place just after the police left, clearly shows an empty bed behind Candace (posing as Simone), proving that her powers can affect the environment. Joser Kyind 23:20, 1 May 2007 (EDT)

I don't really feel comfortable adding to the main body of the article that Future Sylar absorbed this power. What we saw was a possible future, not the absolute future. I would keep it as a note and add it into the main text after (if) it actually happens. — RyanGibsonStewart (talk) 00:00, 2 May 2007 (EDT)

I noticed this a little while back, I'm seeing if anyone else thinks this...Can Candice 'change' into anyone for the opposite sex? Think about it...they only people we've seen her turn into are: 1)Simone 2)Sandra Bennet 3)Claire 4)Niki/Jessica 5)Micah's Fake Mother

I'm thinking maybe that "Tactile illusion" would be a better name for her power, since her illusions can apparently fool at least 3 senses. Thoughts? Heroe!(talk) (contribs) 22:48, 16 May 2007 (EDT) 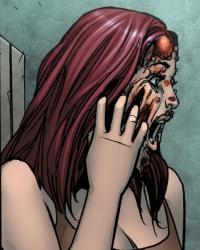 This picture, is where I got the idea of both severe acne and facial hair growth illusion. Notice, if you zoom the picture in closely, there is no chin...just facial hair where her chin used to be. If it were just her normal hair that is draped across her left shoulder, it would be behind her chin....not appearing to grow out from her chin and obscuring the skin on her chin completely (like a beard does). --HiroDynoSlayer (talk) 06/26/2007 11:31 (EST) 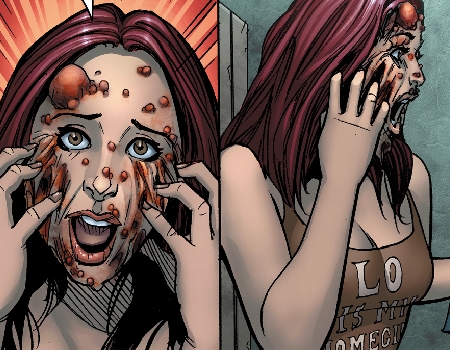 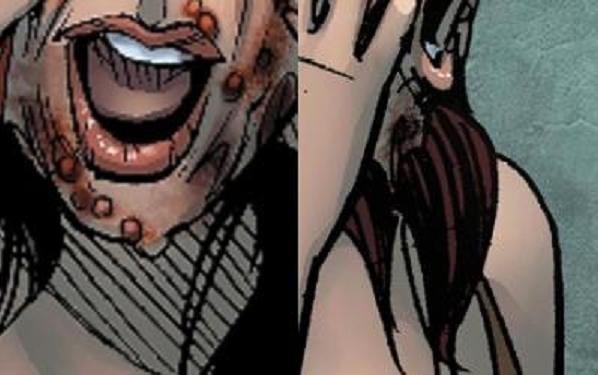 The article was changed to include Sylar (the real, present one) as possessing this power, based upon Kindred. While he does do a power theft on Betty/Candice/Michelle, the episode clearly indicates that he does not (yet) have the power, or the ability to access it (unless I missed something).

It's possible (but somewhat unlikely) that the surgeries left Sylar with the inability to absorb powers, and he just found out the hard way, or that power theft is a delicate process and he messed up without his TK (or any other number of theories). Shouldn't we change the article back until it's confirmed or not that he possesses the power?--Tim Thomason 00:08, 9 October 2007 (EDT)

Turning illusions on and off

I'm not complaining, nor do I really care, but I don't like the name for this ability. It leaves something to be desired. It's too odd, and it sounds more like the product of the ability than an actual name for the ability. "Illusion" just doesn't sound like a name for an ability. it makes me think Candice is an illusion instead of having the power to create illusions. I know Candice's appearance is an illusion but they way it sounds is like Candice is completely an illusion rather than a change of an appearance becausde she created an illusion. I feel like we need to rename her power but if not I'm not going to complain about it. --Dman dustin 21:17, 15 April 2008 (EDT)

I know everyone is getting tired of requests for main image changes, but I have one. The main image for this power has never really sat well with me because all you can really see is Candice in a semi-transparent state. The image is also rather dark and monochromatic, which makes it harder to see what's going on I think that an image that more shows the transformation from Candice to whoever would be better (Such as this, this or even this.) -- Psilaq R.- \m/ -_- \m/- 17:15, 21 February 2009 (EST)

Wouldn't this be a better name for this ability? It's more in line with names like Freezing or Melting. Illusion seems more an answer to 'what can you do with this ability?' rather than 'what is this ability?' Illusionist (a la Puppet master) might also work, in my opinion. --Laudo 23:06, 28 March 2009 (EDT)

Were is confirned who Sylar absorbed this ability from Candice? TanderixUTCR 09:03, 14 March 2010 (EDT)

From the FYG, Sylar said he met a special girl named Candice, who allowed him to become whoever he wanted, something of that effect. Intuitive Empath - Talk - Contributions 12:33, 14 March 2010 (EDT)