Welcome to my talk page

Hey. There's a spelling error in the quote in your infobox (tahat) I was going to correct it, but I don't know if it's acceptable to edit people's userpages, so I figured I'd just drop a line here instead. Stevehim 13:37, 6 October 2008 (EDT)

Hey there. When you get a second, can you please put a source for Image:Botswana Country.jpg. The website or place you got the image from should suffice. Thanks! -- RyanGibsonStewart (talk) 07:59, 10 October 2008 (EDT)

Hi. Regarding the future characters page, specifically changing Knox to Benjamin Washington, I think the convention is to go with the name the character is known by, and not the 'formal name.' For instance, if you look at the explosion future on that page, Matt isn't listed as Matthew, Niki isn't listed as Nicole, and so on. I think it's probably best if we try and stay consistent throughout the site (ie - present and futures), to avoid confusion (eg - someone thinking Knox and Benjamin Washington are different characters). Thanks. Stevehim 09:32, 11 October 2008 (EDT)

I would say that Gabriel is a special case because, while the other future characters due refer to him as Sylar, he makes a point (and with a good reason) of why he wants to be called Gabriel, and it fits with the character he's become there. HRG is only known as that outside the show; inside he's referred to as Noah (or the man with the HRG, but convention says we go with Noah). I have no problem discussing the (or any) issue, to figure out what the best plan of action is, and I don't think my opinion should prevail over yours. I tried to start a discussion on it (but misplaced it...it's on the Knox (exposed future) page), so maybe we should try and get some other opinions. Stevehim 10:53, 11 October 2008 (EDT) 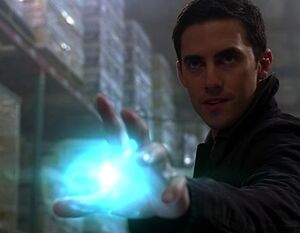 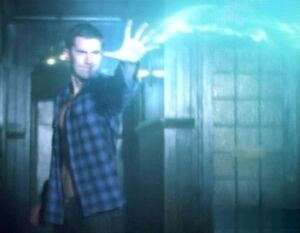 He uses the same motion for telekinesis and lightning, it seems. The reasoning I used for the edit was certainly not definitive, I was just going off what the scene was showing to that point. Ricard Desi 13:06, 21 October 2008 (EDT)

Thanks for uploading so many images! A few notes so that we're all able to find the images easier...You'll want to categorize all your images. You can do this by manually adding the categories, or by using shortcut variables in the fair use template. You can either put [[Category:Images from Dying of the Light]] or you can put {{image-screenshot|Dying of the Light=t}} in the fair use template. Even shorter, just do {{image-screenshot|306=t}}. The other think I'll mention is that you should basically be looking at three categories: one for the source (the episode), one for the type of image (like Powers Images, Location Images, or Items Images, to name a few), and one for any characters who might appear in the image (like Images of Claire Bennet or Images of Peter Petrelli). All those categories can be added manually or by using shortcut variables, as described above. As well, some images will have multiple categories (like if it shows Peter and Claire together, or if it is a power image that clearly shows the location, too). A few images will not have anything but the episode category.

I know it's a lot to digest. Just do your best to get the categories on the pages. Also, anything that has a watermark should be marked with {{reupload|watermark=t}}. Anything that needs to be standard size should also be marked for reuploading....Let me know if you need any help or any more explanations. Thanks for all your work, FPeter! -- RyanGibsonStewart (talk) 10:51, 22 October 2008 (EDT)

Hey, I'm fine with your idea to show the receeding eclipse...makes sense to me...just remember when you decide to replace an earlier image that is the same name, to copy over the prior pic to a different name before doing it. When you just re-up a different pic without doing that, it blows away the previous pic. I'll re-up the picture of the Eclipse crossing Claire's face as a standard epi picture. No big deal, just something to remember. --HiroDynoSlayer (talk) 12/2/2008 10:12 (EST)

I saw that earlier this week, you cut and pasted the information from Spoiler:Chad Faust into Chad Faust. This is not an ideal way to despoil a page. The best way is to use the "move" tab at the top of the page. That way the history is intact, a redirect is created, and it gets logged in Special:Logs/Move. If it won't let you move the page, for some reason, let an administrator know. Thanks! -- RyanGibsonStewart (talk) 19:25, 13 December 2008 (EST)

I undid your changes to the webisode infoboxes for the order of the Recruit and Hard Knox. We are using the official order of release as posted at http://www.nbc.com/Heroes/news.--MiamiVolts (talk) 10:17, 3 January 2009 (EST)

I noticed at Talk:Ability_replication#Leave_as_"Ability_replication" that the text after your sig was formatted like your sig. I took the liberty of fixing your sig so that that don't happen--SacValleyDweller (talk) 17:35, 13 February 2009 (EST)

My brother and I would like to invite you to enter our Competition for Chronicles. We invite you because we think that you would be good at it and we are looking forward to seeing your ideas. Good job. AJ

Hey Futurepete, if you are looking for a bloody nose version of Rachel, I have included one :) 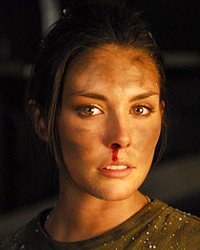 . Also, could you please reveal where you got Baby Matt's new image? Thanks AJUTChronicles