Graphic Novel talk:The Man with Too Much Brains

It's nice to read another novel that sizzles with electrifying hotness. :) Also, I liked how Elle introduced herself like Sarah Corvus of Bionic Woman. But I still find it odd that Elle has no partner and that the show and the graphic novels have never explained why she doesn't have one.--MiamiVolts (talk) 09:46, 15 January 2008 (EST)

What a cheesy title 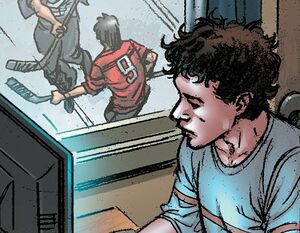 Considering where they live I'd add this to the Primatech Facility page. Therequiembellishere 23:37, 16 January 2008 (EST)

How was this written?

I thought "The Ten Brides of Takezo Kensei" was the last to be published until the strike ended. Therequiembellishere 17:42, 17 January 2008 (EST)