From Heroes Wiki
< User:CreedogV(Redirected from User:CreedogV/TheWorldEntire/Molly)
Jump to navigation Jump to search

Molly Walker, is a version of Exposed Future Molly Walker in The World Entire universe. She is a Special and the Agent Supervisor at Primatech, Hartsdale. 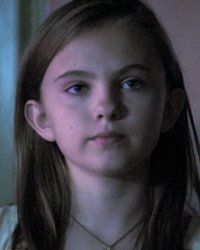 Molly is a headstrong teenager.

Molly is present when her mother returns from the Costa Verde Disaster dying. She tries to comfort her little sister while her father injects Daphne with regenerator blood. She hysterically pleads for Daphne to wake up, to no avail. After injecting Daphne with the blood, Matt asks Molly if she can sense her to which Molly happily states that she can.

Matt soon enrolls Molly at the Eisenhardt Academy at the Pinehearst Company, but Molly later uses her ability to elude her teacher and the guards. Molly quickly makes her way to Mohinder's lab and confronts him, stating that she doesn't care what he looks like because she does not believe he is a monster. Mohinder states that there is nothing he can do for her but Molly says that there is. While talking to Mohinder, Matt shows up with Peter Petrelli and, after a quick explanation on Mohinder's condition, the four decide to work together to produce an antidote to abilities. Peter then asks Molly to locate Hiro Nakamura. After locating him, Peter leaves, resulting in an awkward silence between Molly, Mohinder and Matt. After Peter returns, Matt receives a call revealing that Daphne and Daniella are missing. As he runs off, Molly attempts to stop him but is unable to. She then tells Peter that they have been trying to stop him from jumping to conclusions for years. Molly then theorizes that Mohinder's true ability is to mimic insect qualities.

Barbara Zimmerman soon arrives, under the guise of Tracy Petrelli and a suspicious Mohinder requests Molly to confirm Tracy's actual whereabouts. After discovering Barbara is a Pinehearst agent, Mohinder webs Molly to his ceiling in order to protect her. After being affected by Barbara's vertigo, Molly remains suspended on the ceiling until Micah Sanders arrives, attacks Peter and Mohinder and eventually frees Molly, who simply slaps him for judging Peter and Mohinder. Micah is eventually brought in on the plan and Molly once again locates Hiro, this time finding that she is unable to. Peter then discovers that Hiro is dead and Molly begins to notice that Micah has feelings for her. As the group continue to plan, a seemingly recovered Daphne speeds into the room holding Daniella, and she is also brought in on the plan. Molly is thrilled to have Daphne back and is even more happy when Matt returns and embraces with his wife.

Molly soon has her ability removed and returns home with Daphne, Matt and Micah where they find Claire Bennet holding Daniella alongside Mohinder. Molly is glad Mohinder already has his normal abilities back and soon, after her own abilities are returned, notices that Daniella has an ability similar to Matt's.

In 2029, Molly has risen to the position of Agent Supervisor at Primatech Hartsdale. She and Micah welcome Peter, Claire, and Hannah to Hartsdale. Molly and Micah give them the tour of the facility and Molly introduces them to the now teenage Daniella and allows them to talk to the now grown Noah Gray. Molly then reveals the existence of the Sixers to Peter and Claire and claims that they are extremely dangerous . She then tells Peter and Claire that they, along with Noah and Gabriel will be in charge of bringing the four targets in.

Later, Molly's evolved clairvoyant abilities allow her to determine that the recently arrived Hiro Nakamura and Ando Masahashi are not from their time stream and have in fact, come from a different dimension. Molly then continues to work on the sixer case and is soon visited by Claire and Mohinder, who tell her that Claire's blood can not heal Josheph Ghali's Cascading organ failure ability. Disappointed, Molly continues with her work.

Molly works with Peter, Gabriel, Claire and Noah on the sixer case more in depth as they, along with Mohinder, continue to develop technology and strategies to counteract the sixers. After Molly heads a training seminar with her chosen agents, she receives a visit from Savannah Lemay who asks her about Molly's crush on Micah. Surprised, Molly admits her feelings for Micah but states that due to her rejection of him during their teenage years, she believes Micah to have moved on.

Molly has the ability to remotely locate any person. She uses this ability to help Peter Petrelli locate Hiro Nakamura. It appears her ability requires the person to be alive, as she couldn't find Hiro after he had died. She was also unable to locate her mother as she was blocked by her sister's ability.

By the year 2029, Molly is able to do a variety of things with her ability. She is able to locate people, see through their eyes, feel their feelings, know who they are with and sense things about their souls. For example, she could tell when Hiro Nakamura arrived from an alternate dimension.

"Mom, y-you gotta come back. You can't be dead. Look, I promise I’ll stop calling you Daphne when I’m mad at you or the world or whatever. Or, c’mon, I’ll, uh, I’ll call you whatever you want, Mom. I know you feel weird when I call you 'Mom' even though you say you don't. And I'll stop yelling that you're not my real mom, I swear. Shh, Daniella, please. I'll be a good daughter. I'll be a good daughter."

- Molly to a dying Daphne (The Face in My Mind)

"This is absolutely disgusting. I'll only forgive you if you promise not to do it again. And buy me a new jacket."

- Molly to Savannah Rose Lemay, referring to her relationship with Micah Sanders. (Past, Present, Future)