I just want to let people know that I have been working on a Heroes Wiki back at Wikia, but was alerted to the presence of this massive version which makes the one I was working on very minuscule (it was only 160 articles). Rather than abandoning the project altogether, I will try to help here where I can, although I'm not quite sure what is left to work on. I mean, 2000 articles from only one season and five episodes, 60 short graphic novels, and external sources, damn. Then again it all makes sense to the complexity of this series.

When not here, I can be found on the Wikia wikis of 52,000-article Wookieepedia and the 380-article Futurepedia.

The first signs of Riff's powers came with basic sensory amplification. A cut felt like a whole loss of limb as the tiniest acute senses are over-activated and react at several times the norm. Smells were amplified and triggered distinct memories based on the chemical composition that was derived. Sight-sharpness was doubled during times of high activity.

Riff now sometimes feels as if he emits waves of kinetic energy felt by others, though barely noticeable. He may be able to send thoughts via a mild form of telepathy as well channeled within these waves. Whole sensory events seem to occur around known processes without becoming apparent to others. It may appear as a cold draft in the air or a light breeze. This sensory amplification thus takes the existing field of energy and transforms into a larger abundance as felt by the user.

Further experiences have shown that Riff can feel the energy/emotions left behind by others in their wake, like ripples on a pond. Past feelings and experiences tied to objects and areas in which things occurred previously can be sensed and read. If concentrated enough, it can cause detailed fantasies to occur in the mind, especially if strongly sexual in nature. However, bad memories can create a miniature nightmare effect. Why these things occur are unknown, but it is to be seen later on that what appears to be a curse can do some good.

Is this not the scariest effing thing you've ever seen??

Even this one is hideous...

But eventually she returns to normalcy.

It appears that all the actors of Heroes have connections before they even starred in Heroes together. Shall we present the 6 Degrees of Chandra Suresh?
(Bold names belong to main or supporting actors of Heroes.) 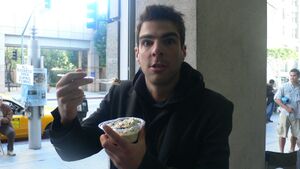 I can't see Zachary as being anyone other than a psychotic killer. Do you think he's.. *gasp* typecasted? 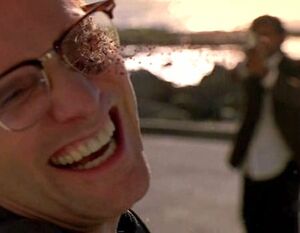 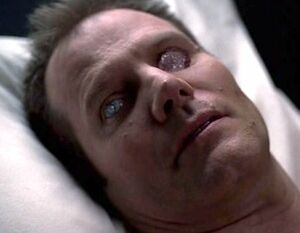 But the best part is that he's not dead yet.