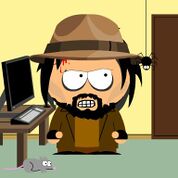 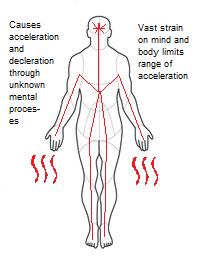 68%
Harvey Jeffries was a freelance computer repairman about to marry the woman of his dreams when she broke up with him. His grief and instantly-manifested powers caused him to kill her. He fled the scene and has been living on the run in New York City. Danko attempted to capture him, which resulted in him traveling to London.

Harvey's defining characteristic is his lack of morals. He has an accelerated survival complex that causes him to do anything to stay alive. This added to his lack of knowledge about existance after death cause him to go to any lenghts to keep himself from dying. He also has shown a willingness to kill anyone, even those he loves, especially in moments of extreme emotional duress. He has occasionally shown regret at his actions, but this has not caused him to recant his ways.
Retrieved from "https://heroeswiki.ddns.net/index.php?title=User:Uncanny474/Harvey_Jeffries/Assignment_Tracker&oldid=179017"
Categories: