That was... disappointing... but then again, a good chunk of Rebellion has been fairly disappointing.--Gibbeynator 07:47, 18 August 2009 (EDT) That was good

It was certainly the crappiest finale ever. I hope they release an eighth part or something just to give it a proper ending. --Lito? 09:23, 18 August 2009 (EDT)

Now we know why Micah was alone in Cold Snap - he had to part ways with the rest of Rebellion because someone came after him. Which implies that other members of Rebel are okay. It also seems Molly likes Micah =) and Claude disappeared for good once again, doubt we'll see him again soon. Sylar didn't get to Monica, thank goodness... Hmm, let me remember... Yeah, Sylar acquired shape shifting in Into Asylum, which succeeds Cold Snap, where this GN leads to, so Monica can't be Sylar. The fate of Monica, Sparrow, West, Abigail and Lee remains unclear, but we know that West met Alex at some point, and they parted ways with Sparrow. Hmm, hmm. There's still so much to show.

What happened to Micah

Given he was in a warehouse, this obviously takes place near the end of the season when he's nearly captured by and subsequently saved by Sylar.--WarGrowlmon18 08:10, 18 August 2009 (EDT)

Where did the blurb at the top of the page come from? What's written on Heroes Wiki is this:

What's written on the title page of the graphic novel is this:

I've changed it now. This is the first GN that me or my brother have done (nearly entirely) so I was a little confused about what the blurb was and where I could find it. I thought that all the dark blue blurbs were simply written by us, my mistake. Anyway it's changed now and I now know where to find them for future reference. Josh KorolenkoUTChronicles

Is it too speculative to say she´s his daughter? He said she was just like her mother, but he could just have known her elsewhere. Again, nothing´s clear.--Jmfdr 22:06, 18 August 2009 (EDT)

shouldn't we put Sylar in the character appearences section? it's more than obvious he was the one behind Micah, when the line was cut off... 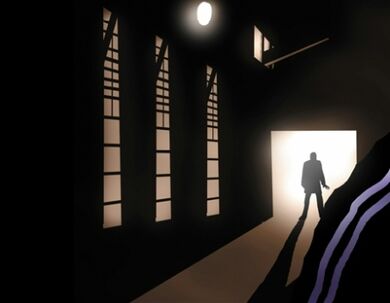 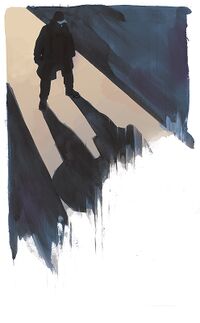 The new graphic novel (Ice Queen, Part 1) should have come out by now. Was there any date confirmed by the writers, or was the date September 8th only assumed? --Radicell 08:19, 8 September 2009 (EDT)