When Noah Bennet sees the news of Kaito Nakamura's death, he tells Sandra Bennet he knew this would happen. Noah shows her one of the series of eight that accurately depicts Kaito's death. He says that the whereabouts of the remaining seven is not known.

Mohinder Suresh, in the new laboratory set up in Isaac's loft, calls Noah while looking for the other paintings in the series. Knowing he has little time before Bob comes back, his search is frenzied until he finds a painting marked 8/8. He is so shocked that he cannot describe it, but sends a picture of it to Noah. The painting depicts Noah's death.

After interrogating Ivan, Noah and the Haitian find the remainder of the paintings in a warehouse in Odessa, Ukraine.

After Noah and the Haitian record the images, they destroy the paintings in the warehouse.

Noah shows Sandra the last two images in the series of eight that depicts him getting shot in the glasses and Mohinder aiming a Company gun. Claire later sees the picture and Sandra explains what it means to her.

Later, at the corner of Verbena and Palm, Mohinder points a gun at Noah and image #7 of Mohinder holding the gun flashes before Noah. Noah realizes this is what the painting means and shoves Mohinder's gun aside as he fires, making him miss.

After the tradeoff between Claire and Elle at the Imperial Beach parking lot, Mohinder shoots Noah in the left eye to prevent Noah from shooting Bob. Claire tries to run to her father, but West holds her back.

When Hiro and Ando are looking at old 9th Wonders!, two of these paintings (that of Kaito Nakamarua's death and Hiro sword fighting Takezo Kensei) are in the comic books.

Noah stores digital images of the series on his computer. Below, click on any image to see the full-size image. 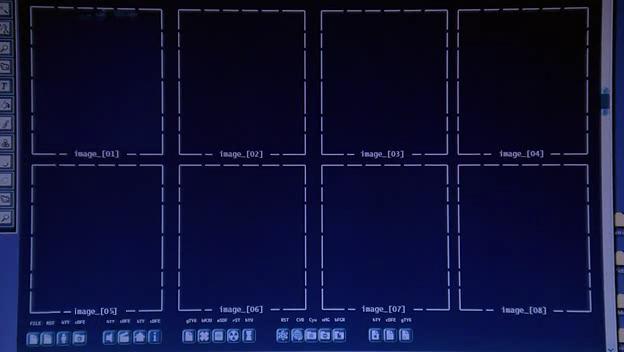 As is the case with Isaac's paintings, each prophecy was fulfilled as he painted: