Isaac Mendez creates a series of six prophetic paintings that depicts the events of Homecoming at Union Wells High School.

Mohinder Suresh and Peter Petrelli attempt to visit Isaac Mendez in his apartment, but he is using heroin and in a precognitive trance. Isaac watches a vision of a cheerleader running up stone bleachers; he paints the scene as it plays out before his eyes.

Peter visits Isaac in his studio and tells him about the message he received from a future version of Hiro Nakamura. He looks over the series of paintings Isaac painted the night before. Realizing they tell a story, he assembles them like a comic book page. When Isaac says he's unable to finish the unfinished painting without heroin, Peter begins to see the finished painting. Entering a trance like Isaac's, Peter finishes the painting, which shows a menacing figure looming over a dead cheerleader.

While looking at the paintings, Peter and Isaac realize there's a missing painting. Isaac tells Peter that Simone took a painting that was the right size to sell.

Simone and Peter visit Isaac's apartment, but find both Isaac and the paintings are gone.

After learning that Simone sold the missing painting to Linderman, Peter attempts to enlist Nathan's aid in retrieving it. Nathan convinces Linderman to send the painting, but tells Peter he wasn't able to get it.

At Primatech Paper Co. in Odessa, TX, Mr. Bennet examines Isaac's paintings. He explains to Isaac that the paintings show Sylar killing Bennet's daughter Claire, and that he needs more from Isaac to stop Sylar. Isaac attempts to paint without heroin, but fails, and Bennet has Eden McCain use her power to persuade Isaac to use heroin.

At Isaac's apartment, Simone shows Nathan the missing painting, which he splashes with black paint. Later, Simone shows a picture of the painting to Peter, and tells him that Union Wells High School is in Odessa, TX.

At the school, most of the paintings are realized: Jackie Wilcox is killed by Sylar, who mistakes her for Claire Bennet. Claire runs through the halls, and runs into Peter. Peter attempts to delay Sylar, who hurls locker doors at him. Peter and Claire run up the stone bleachers. At the top of the bleachers, Peter confronts Sylar, and both fall to the ground below.

Hiro Nakamura and Ando Masahashi arrive at Union Wells High School too late to stop Sylar from killing a cheerleader. They stand under a bloody homecoming banner, realizing the last painting.

Simone and Nathan discover that Isaac has returned to his apartment in New York, bringing his paintings with him.

Mohinder, in his new lab, looks through Isaac's paintings and pulls out the depiction of Hiro and Ando beneath the Homecoming sign.

In the future, Peter goes to Isaac's loft and looks at some of his paintings, including the painting that shows Claire in fear.

At Primatech Paper Co. in Odessa, TX, Noah Bennet explains to Isaac that his paintings show Sylar killing Noah's daughter Claire, and that he needs more from Isaac to stop Sylar.

In the Quarry, Cassandra Hays finds a copy of Isaac's sketchbook. Inside is a drawing of the painting entitled Cheerleader on the Staircase.

Paintings as Ordered by Peter Petrelli 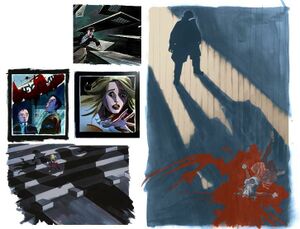 Peter and Isaac guess this is the correct order for the paintings.

In Hiros, Isaac Mendez and Peter Petrelli are working together to find out the meaning of "Save the cheerleader, save the world". They discover that Isaac's paintings can be arranged to tell a story like a comic book. Once this is done, there is a missing piece in the upper-left corner of the full picture. Isaac recalls that he painted a picture the correct size, but Simone has taken that painting to her gallery. 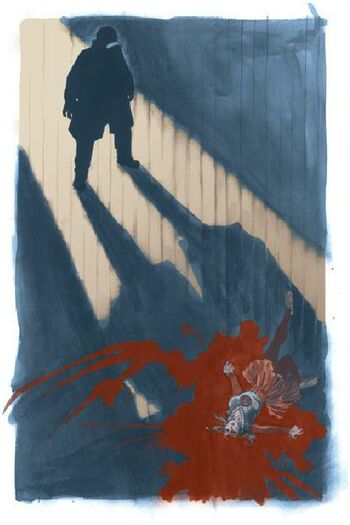 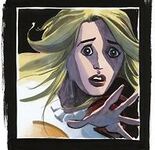 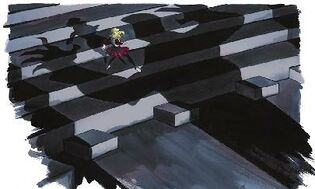 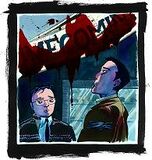 The proper sequence of events are:

These paintings have not been seen in the archives outside of Heroes 360. As of Parasite, several of these are still in Isaac's apartment, and the painting of Sylar has been finished since Hiros. Isaac claims to have stopped selling his prophetic paintings once he realized what they were (One Giant Leap), and the only painting from this period seen to date in the archive is a reproduction of the explosion painted on the floor. Linderman also purchased the Missing Painting, which was sent back to Simone's gallery.