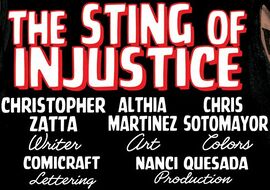 Some time ago, before the breakout from Level 5, Knox comes into a diner. He asks a waitress for a bottle of ketchup, yet when she ignores him, a bystander commands her to bring it to him, and Knox thanks the guy, named Jesse. Suddenly, a group of men comes in the diner, commenting that Jesse isn't allowed in this part of town. Jesse warns Knox of an upcoming attack, yet Knox claims he came into the diner looking for a fight. Knox then grabs the gang's leader, and throws him out through the diner's window, using his fear. Jesse then uses his ability to disable the rest of the gang. Knox is amazed by Jesse's power, and comments they'll make a good team.

Outside the diner, the other members surround Jesse and Knox, who decide to use Jesse's power to "put fear in their hearts", so Knox could take care of them himself. After causing a bloodbath, Jesse and Knox leave the diner, saying the message is out, and the neighborhood is theirs. Suddenly, a man approaches them, commenting on how easy it was to find them. When he isn't affected by Knox's warning, Jesse tries to knock him out with his ability, only to find it's not working. The man then tasers Jesse, and tells Knox that right now, with the help of his friend, Knox is nothing.

In Level 5, while Noah observes Knox and Jesse, Knox comments to himself that he was on top of the world, yet now he's on nothing. Knox declares that he will stop at nothing to have his vengeance, serve some payback and destroy the man with the glasses.