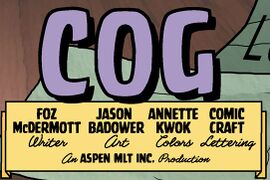 Agent Jenkins wakes up in his untidy bed at 4:45am to the sound of Danko ordering him to report for duty. Jenkins looks at his received text messages, which include more messages from Danko and several from his girlfriend, Corinne, who has been trying to reach him for several hours. As Jenkins walks on the street, he realizes he has a few missed calls and that he hasn't shaved in a while. Suddenly, a young boy screams from a window where a kidnapping is taking place. Jenkins intervenes, and, pretty soon, the police take care of the situation. Jenkins continues getting missed calls from Corinne as he reports to Danko, shaves at his home, talks with his mother about how busy he is, and reports to the briefing room. Danko talks about an aggressive target with an unknown ability and how he must be stopped within the hour. As Jenkins gets ready for the mission, he talks to Corinne through text messages and tells her that he has one more thing to do before he can be with her again. Upon arriving at the target's house, the target, James Martin, surprises Jenkins and touches his face in order to shape shift into him, replacing him as head of the team. When the other men arrive, James, still disguised as Jenkins, sends them into a room and proceeds to kill them, as Jenkins's retirement letter lies on the floor.