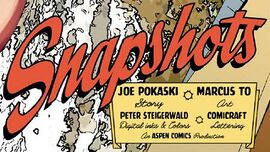 Six months before coming back home (Hiros), D.L. Hawkins is being interrogated by a LVPD detective about a robbery committed by his old crew. Evidence at the scene of the crime implicates D.L., but he insists he no longer has anything to do with his crew. Using his powers for the first time, he slips out of his handcuffs to assault a police officer who was insulting his family. D.L. believes he was framed, as does his son. D.L. still loves Niki and Micah very much. Using his love for them as a focus, he uses his powers a second time to slip through the prison wall and escape, intent on protecting them and proving his innocence.