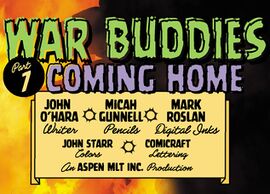 Linderman, still haunted by the death of Au Co, returns to the U.S. from the war, but has no real home to return to. While picking up odd jobs, he meets a woman, Linda Tavara, who tells him to meet him at the Black Hawk Campgrounds. He recounts his experiences of the war to her, and they spend the night together. On a hike the next morning, they come across a deer that has been shot. Linderman decides to stop hiding who he is, and heals it. Linda, acting on the advice of another woman, tries to absorb Linderman's power, but he quickly subdues her and burns her remains. In her notebook, he also finds the name and location of his former comrade, Arthur Petrelli.