On August 12, 2008, an interview with the costume designer Debra McGuire was conducted via email by Chrisyu357.


Chrisyudbs: For Heroes, who has given you the most instruction on which kind of clothes they want the character to wear? Do you receive instruction from the director, writer (script), and from Stargate Digital?
Debra McGuire: We have a concept meeting and wardrobe meeting for each episode with writer, producer and director. 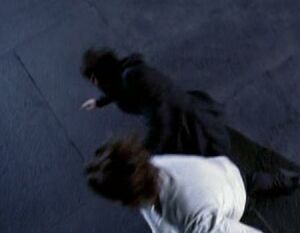 How do you design or pick clothes for the characters? Does it normally reflect more their personality, ability, etc., or the scene at hand?
Both the character and the stunt involved with the scene: blood, flying, etc.

Where do most of the clothes that appear on Heroes get made? On average, how long do you normally have to select designs for a scene? We always shop in multiples--never less than 4 and sometimes 12-15 if there is stunt and fireproofing involved.

You are credited as being a costume consultant for the television series Judging Amy. Was that different from your later jobs as a designer; and if yes, how so?
I was the designer on Judging Amy and stayed on to consult for the next season.

What has happened to the used clothing designs from your previous series and films? Do you keep any in storage in case of a future sequel? Have many actors/actresses purchased or (to say it politely) borrowed your costume designs off the set?
The clothing is archived and kept. Ultimately they belong to the studio and eventually make it to the big costume house for the particular studio. 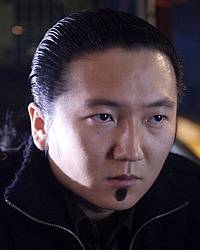 What is the most interesting piece you have designed for Heroes?
Probably Masi's future look--but that involved a lot of collaboration.

When working on the clothing to be used with the Heroes abilities/special effects, are you allotted extra time to develop designs? When the clothing becomes a kind of prop, do you participate in any training with the cast?
Good question--we sometimes get a heads up--but we move fast and furious and generally there is very little time.

Are there any other things that you'd like to share with us?
I think what is most unique to Heroes is that we shoot both 1st unit and Simut. unit everyday. We are constantly shooting scenes from past episodes, doing photo shoots for inserts, planning and preparing wardrobe for stunts and prepping the next episode. We are often in several countries simultaneously and working on scenes that involve 100's of extras. It is a huge show with a very large cast. It is constantly challenging!