On April 1, 2009, Ryan Gibson Stewart conducted an email interview with Timm Keppler and Jim Martin, writers of the webisode series The Recruit. Following is the exchange among the three.

Ryan Stewart: What was the original plan for Rachel's story? When you wrote The Recruit, did you know she was going to appear in at least four episodes? Did you know there would be some graphic novels written about her? Did you ever imagine that Rachel would become such an integral part of the iStory?

Jim Martin: When we began writing the webisodes, they were based solely out of the idea that, "Look, there had to have been other recruits in that building when Peter blew it up..." And we consulted with Jesse Alexander, and we started to craft an identity. Truly, the graphic novels, iStory, and show appearances were all a testament to the fans connecting to the story, and to Taylor Cole coming in and acting the hell out of the part. So, I guess, "there's the plan, no, had an idea, and no" for short answers. 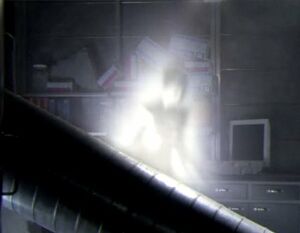 Tim Keppler: And that's the truly exceptional part of telling the Heroes story in a cross-platform way. Fans like to know they're being heard. We both really fell in love with this character, and therefore are thrilled she found a life beyond The Recruit.

How was the power of teleportation chosen for Rachel? How does it differ from Hiro's old power?

Jim: Hiro could stop time and move around while everyone else was still--this would appear as a "glitch/jump" from one spot to another if you were in real time. Rachel's power actually has no effect on others around her or time. It's a low range teleportation in which her body skips from this plane into another plane of existence, reappearing where she aims...This is why she generally has to see where she's teleporting to.

Tim: Not to mention, from a producing standpoint, the budget for webisodes is significantly less than a series. So for Jim and me, there were many discussions about coming up with something which was both emotionally effective as well as within our budget.

Is Rachel's power synthetic or not?

Timm: Yeah, she is NOT injected with serum. It's just her genes following their programming.

Did Rachel and David know each other before they met at Pinehearst Headquarters? Is Pinehearst where they fell in love?

Jim: Who's to say that it wasn't just a fleeting infatuation? But it was implied (or said, I can't remember) that they had been recruited and brought together for training before being brought before Nathan...so they'd known each other for about three or four weeks.

Will we ever see David or Ryan again?

Jim: Well, they're dead...but maybe...Do you have Jennifer Love Hewitt's number from The Ghost Whisperer? If you don't then probably not...If you do, can I have it? 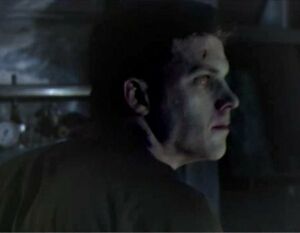 There is a lot of mystery surrounding David's ability. In fact, I don't even know what to call it. What is the nature of his power?

Jim: David was injected with an uncatalyzed strain of the serum which had terrible mutated effects. It was more of a severe rabies than anything else. Some of the bad serum turned people into "the elephant man", some did the Kafka-esque "Suresh" transformation and some of it did this. I'd call it "super rabies".

Timm: And I always thought of it as a less-powerful "rage" as seen in the film 28 Days Later.

Might Ryan Hanover have survived in some form due to having injected himself? Since Ryan was quite the snoop, is it possible he knew more than the others and somehow got himself a catalyzed sample?

Leona is a cool, mysterious character. Will we see her again?

Jim: Yes...but in what format? Will it be GN? IStory? Episode? Webisode? Who knows what form of media this mysterious woman will appear in...but keep your eyes peeled, she is not gone forever.

Timm: There have been many discussion here about Leona so yes, it's always a possibility.

Angela said she was there the day Leona discovered her ability. Did you guys ever plan out in your mind what Leona's ability might be?

Yes indeed! Actually, that's something that will be addressed when she reappears in the Heroes universe.

Rachel believed that Leona committed suicide. In fact, she remained hidden for many years. Why?

Leona faked her death, and Rachel was sent to live with her grandparents. She had no reason to believe that this wasn't true, so she accepted what she was told. As for Leona's motives--stay tuned.

Where is Rachel's father? Does he have a power?

Rachel's father passed in 1983. At the time of his passing there was no evidence that he was "a special". 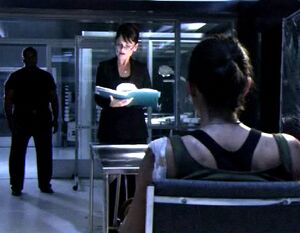 What about Carlos? He seems like he must have a cool backstory.

Have you seen that tattoo? Of course he does.

Much of the story takes place in Tappen, NJ. This sounds very much like Old Tappan, NJ, which is right next to the town where I grew up. Why the decision to change the location's name?

It was a clearance/legal issue.

What kind of research did Primatech do at the facility where Rachel was being held in Tappen?

It was an R&D lab that was converted into a holding facility after the main Primatech lab was destroyed.

Do you know where the gas station scene was filmed?

Timm: Yeah, we can see it from our office window, it was so close.

Were either of you on set while the webisodes were filmed? Did the director Rob Hardy consult with either of you a lot after getting your script? How was it working with him?

Jim: We were both on set for most of the time, though I had to miss a day because I was in Austin for the film festival. But we were both very involved in the pre-production all the way through post.

Timm: I was there every day. Prior to set though, we had many conversations with Rob to discuss who these characters were and what the story was we all wanted to tell. It was a very collaborative process.

How much did Jesse Alexander contribute to the final script? He is credited as having done the story. Did he just write the outline, or did he write any of the lines as well?

He verbally pitched the story idea of following one of the recruits brought in by Primatech and we took it from there. The script itself, though, was solely written by us. 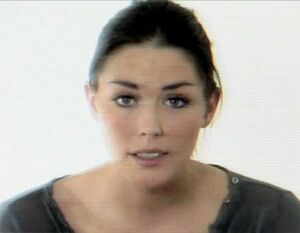 Were either of you involved with making the scripts for the video mail messages? What can you tell us about Rachel's friend, Amy?

Timm: Yes, I was a little, primarily in an editorial capacity. It was important we show a personal relationship outside of this crazy world of exploding labs and serum, etc. So we came up with Amy--a good girl friend of hers back home. We don't know much about Amy other than she and Rachel have been friends a long time. Amy doesn't have a power however.

Anything else you'd like to add about The Recruit?

Jim: It was filmed in front of a live studio audience.

Thanks so much guys! As always, your candidness and willingness to answer fan questions is very greatly appreciated just as much now as before. We're all looking forward to Nowhere Man!