On January 18, 2008, Ryan Gibson Stewart conducted an email interview with Joe Tolerico. Joe is a a senior producer with NBC, and is the project manager over the Heroes Evolutions content.

Ryan Stewart: Heroes has been almost unprecedented in its use of alternate media to help further the plot of the show. From graphic novels, to websites, to text messages it's genuinely reached out to the Heroes audience to go above and beyond simply presenting its story via television. Entire fan websites have been devoted to discussing and analyzing the Heroes Evolutions content. Did you have any idea when first starting that the experience would grow to this point, or did you see it as a minor project that would casually complement the show?

Joe Tolerico: Something in the middle. We wanted to make it a great experience, we wanted to see it grow and become a wonderful experience for the fans. We are Heroes fans ourselves, so it was a passion project from the start. To say we thought it would be minor or casual is certainly not true. We wanted it to be everything it became (and even more going forward).

Heroes creatively and innovatively spans television, comics, the Internet, cell phones, email, and recently, novels. Are there other forms of media being considered? Are there good odds for more of what we have now (i.e. new websites or new novels)?

We have all sorts of ideas we are exploring. And there's plenty of joking around about what Heroes should NOT become. Our head of digital entertainment teases Tim Kring about "Heroes on Ice" (with all due respect to figure skaters). It's about breaking new digital ground while staying true to the mythology and DNA of this amazing creative adventure.

As producer and project manager of Heroes Evolutions, what exactly is your role?

My role as Sr. Producer at NBC is to interface with the show's creative team and manage all of the online development. I work with the Heroes Transmedia team and writers to brainstorm and plan out the development of the Heroes Evolutions adventure. Once a plan is agreed upon and approved, I manage all of the production from design, flash, and content development, to back-end/front-end integration and execution. It's my job to make it all happen, from idea/concept to reality.

Who is responsible for the Heroes Evolutions content? Is it a select group of writers, or are there many people who work together on the content?

It really "takes a village". There are many people who work on Heroes Evolutions. For some it is suggestions of storylines, for others it is producing new and original video pieces and for still others it's about negotiating deals with great comic book writers! All in all there are about 20 people who touch the product in one way or another.

When storylines are stretched over an extended period of time (e.g. Richard Drucker, Linderman's voting tampering), how is it decided which story points will be released when?

We strive to make sure that there is something for all of the Heroes fans on a regular basis and work closely with the show to make sure that online storylines cross paths with those on-air in unexpected ways. We also like to keep all the plates spinning on the different platforms as much as possible.

How is the Heroes Evolutions content coordinated with other aspects of Heroes? For instance, the content sometimes pops up in the graphic novels and the episodes.

We work very closely with the show, and everything we do is reviewed and approved by the studio and the show's executive producers.

Are there plans to resurrect Hiro's blog or Claire's MySpace page?

As of right now I can not say... We really enjoy playing around all over the net and we're exploring new and different places to branch out the adventure. With that said, I personally love Hiro's blog and want to let everyone know that yes, Masi does write them himself! He is extremely talented, probably one of the most brilliant and fun guys I have ever met. Depending on where Chapter Three goes, I think we can really do some fun stuff on Hiro's blog, and our new myNBC profiles and groups.

One thing that becomes very difficult in websites that change constantly is that previous information can no longer be accessed. For instance, votepetrelli.com has many empty links now, since Nathan stepped down. Fans who have missed this information and are trying to catch up would probably be disappointed that they missed out on some of this content. Is there any hope for an official archive of older pages?

We do have the Heroes Walk Through that we launched this season within the Heroes Evolutions site that does archive everything we have done online during Season One and Season Two, and it's kept up-to-date every week. A site archive is a project that has been talked about and is on our list to support. Stay tuned.

Heroes Evolutions introduced many new and interesting characters like Sparrow Redhouse and Richard Drucker. Will they eventually appear in the episodes? 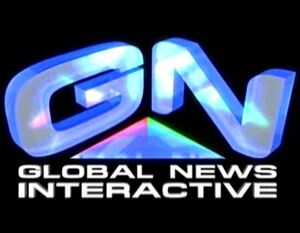 Will Bridget Bailey continue to have a role in the Heroes Evolutions content?

I am not at liberty to say at this point in time, but keep your eyes and ears open.

How are actors cast for Evolutions roles? For instance, Brian (from brianundaunted), the Global News Interactive team, the experts on Sword Saint, and the experts on activatingevolution.org--are they found through Jason La Padura (casting director for Heroes), or by some other means?

The initial casting for our online actors is done by the production team and the company producing the webisodes. Then we run their tapes by the show for approvals. For example, the Drucker & Kensei pieces, GrapeVine utilized a casting agency and held a casting session. We then ran our casting selects by the show execs for approval. The Museum Curator in the Kensei piece is the only exception, as he was already cast as a member of the show.

How are games and riddles constructed? For instance, Hiro's blog featured a very detailed crossword puzzle, and Richard Drucker recently sent a postcard with very complex code. Who writes these puzzles?

Masi Oka writes and creates all of the Hiro blog entries himself. I put together the Drucker postcard code and our lead designer (Markus Hagen) created the artwork and flash file. The games and riddles for Heroes Evolutions are developed by our in-house team and the Heroes Transmedia team working together with the show writers to help guide us and keep us within the show's mythology.

Why was the name of the online Heroes content changed from "Heroes 360" to "Heroes Evolutions"?

360 is so 2006! yahoo360, Xbox360, espn360... In all honesty the term was used to help us explain to executives how all encompassing we can be, and how we can tie into the show and online. 360 kind of just stuck for lack of a better term at the time, and then, as some of you know, once you get a green light to go ahead on a project, there's no looking back. You work around the clock until you get some downtime, i.e. summer break...which we spent launching the Yamagato documentary and preparing for comic-con. :) So when we sat down this fall and started brainstorming ideas for Season 2, we all came up with a list of names and sent them up the ladder for review. Evolutions was agreed upon as the closest description of what we were aiming to accomplish: a gradual process in which something changes into a different, and usually more complex or better form.

Are there plans to change the name each season?

Not that I'm aware of, and I hope not! That would mean a lot of site updates for me to do.

Do you still refer to Season One's online content as Heroes 360 or is it all considered Heroes Evolutions now?

It's all considered Heroes Evolutions now.

Some plotlines on the episodes were altered due to the writer's strike. Is there anything that you can tell us about how storylines on Heroes Evolutions have changed as a result of the strike?

We miss our show writers and hope the strike is settled soon. We are working to develop pieces that are interesting to the fans, but with no new episodes these are different stories. Fortunately the tapestry of Heroes provides us with many different places to "play." 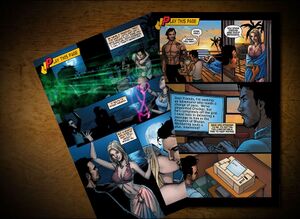 What can you tell us about what to expect in the future from Heroes Evolutions?

More show integration and crossover. We'd like to have more characters from the show interfacing with fans.

Joe, we've met Sylar. We've met Mr. Linderman. We've met Takezo Kensei. When will we meet "The Banker" from Deal or No Deal?

Hmmm, good question. How do you know you already haven't?

One burning question: Windows or Linux?

Although I use both platforms on a daily basis and find each beneficial in their own way, I have only one thing to say. Peace, love and compile the kernel...

Joe, thank you very much for taking time to answer some questions. We look forward to what Heroes Evolutions will bring us in the future.