On December 13, 2008, Ryan Gibson Stewart conducted an email interview with Adam Armus and Kay Foster, the writers of the Destiny webisodes. 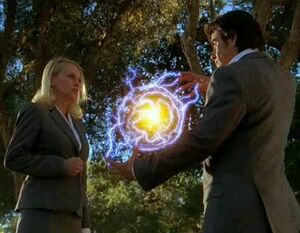 Can you tell us more about Edward's ability? What do you call what Edward uses to electrocute the serious looking woman with? Is that something Santiago should be able to do as well using accelerated probability?

Santiago inherited his ability from his father--the power of accelerated probability. But Edward spent many, many years in the organization and his power evolved. He was able to generate a lethal electric force. Was this a natural occurrence (evolution) or was he manipulated somehow by the organization? If we make more mobisodes, we'll find out!

You've mentioned that the serious looking woman was from a new organization. Can you tell us anything else about her organization?

This is a private organization, funded by very, very rich people to get things done by using people with abilities. It's a kind of market-driven thing. If there's enough cash, people will do what needs to be done.

What is the extent of Elisa's ability to mimic water? For instance, when she kissed Santiago after his soccer game, she was suddenly holding a syringe. Did she already have the syringe hidden, or did she use her power to hide it somehow? How did she get into Santiago's shower?

Elisa has the power to change her molecular structure. She uses her ability to become liquid. Is it water? Probably not. She's able to transport things the way any liquid transports things--through momentum.

Are there any future plans for Santiago or any of the other characters? 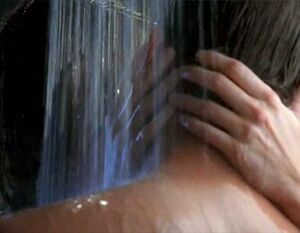 Is there anything about Destiny that nobody else knows? Any interesting trivia or neat behind-the-scenes stories?

We had a lot of conversations with our director Eagle Egilsson about the look of Santiago's power. What you actually see on the screen was sort of a hybrid of many, many ideas. It came out pretty cool, we think.

Everything was shot in only a few (twenty) short days. The crew was fantastic. Almost everything was filmed in downtown Los Angeles. We weren't on the set too much (the mother ship was keeping us busy), but we understand that the whole crew had a great time doing these mobisodes.

Thanks so much for taking time to answer some fan questions!

You're welcome. Thanks for watching!