From Heroes Wiki
< Talk:Freezing
Jump to navigation Jump to search

Here's my 2 copper-colored Lincoln coins: a Google search on Cryokinesis reveals about 23,000 hits. in the top 10, we are number 2, the rest are a bunch of 2 bit sites relating to the paranormal with inquiries on how to perform it. we have Sylar's concept of the power, "freeze things," which would be what a new, non-comic bookey fan might search for. Freezing is the only known use of this power, as those are the only examples seen. Non-technical names are not bad. I say we's better Keep it Simple, and call it freezing until we have evidence that it can do things other than freeze.--SacValleyDweller (talk) 20:55, 7 November 2007 (EST)

Vote to determine consesus and restate our arguments

so lets see if we have consensus on any rename of this power. if you have another name suggestion just add it below the others

There have been a few people wanting to express their opinions a year after we've had a consensus check, and that's fine. However, I should point out that at no time has "cryokinesis" been used in a canon or near canon source (see help:sources). Therefore, unless there was 100% agreement on a change, I couldn't see us going against our naming conventions to use a name that is both invented and not used in the Heroesverse. -- RyanGibsonStewart (talk) 00:39, 19 November 2008 (EST)

As for my arguments for Freezing, as stated in the above section, they are here: We have Sylar's concept of the power, "freeze things," which would be what a new, non-comic bookey fan might search for. Freezing is the only known use of this power, as those are the only examples seen. Non-technical names are not bad. Its Better to Keep it Simple, and call it freezing until we have evidence that it can do things other than freeze--SacValleyDweller (talk) 01:26, 14 November 2007 (EST)

It looks like we have pretty good consensus in favor of "freezing" right now. If the scales stay tipped that way, I think the article should probably move by the end of this weekend...or I guess at the beginning of the weekend. :) -- RyanGibsonStewart (talk) 20:31, 15 November 2007 (EST)

freezing - no way. freezing is the process whereby a liquid turns to a solid. and also cryogenis sounds so much better. if u dumb down this name you might as well call Technopathy "machine talking" for gods sake.

Should we call Pyrokenisis "heating?"

And what does a consensus prove? Just because there are a lot of people on the internet who can't understand words over three syllables doesn't mean it's correct. Zelrio 20:20, 26 September 2008 (EDT)

Shouldn't the image for the power be Sylar freezing Hiro's sword, because it actually shows the person freezing it, and not just the thing being frozen? TheEvilNoob 14:49, 18 October 2008 (EDT)

I thought it should be noted that on an interview with Ali Larter on nbc.epk.tv (http://nbc.epk.tv/view.aspx?request=episode&show=heroes-season-3&episode=eris-quod-sum&showEpisodeID=530&clip=interview-excerpts-ali-larter-%E2%80%93-%E2%80%9Ctracy-strauss%E2%80%9D), Ali calls her power "Icing" and says which is the power to freeze things. Maybe that's the name the writers use for that power?

Cryokinesis and Freezing (Should be divided in 2 pages)

I'm really bothered about the two abilities, I think that there should be two different ability page in "Cryokinesis" and "Freezing" because:

1) Cryokinesis means to control ice or release it like Iceman. 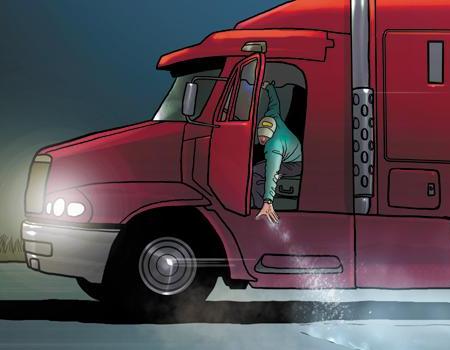 In this pic, as we can see, Sylar is releasing the ice and not touching something and freeze it. Which shows its, Cryokinesis.

2) Freezing on the other hand, is when you touch things and it freezes.

Is it possible that Sylar could have absorbed this ability from James Walker? As James's body was found frozen when most of Sylar's other victims weren't

CBR Interview does not confirm Cryokinesis as name

From the latest CBR: "“After ‘Villains,’ we still haven't found out where Sylar got cryokinesis from. The Graphic Novel ‘Dreams Until Death’ confirmed that Sylar cannot acquire powers if the person is dead, even if the brain is intact. Given the emphasis on James Walker (written in Sylar's list), does that mean that Sylar stole cryokinesis from him and then froze his body (testing his new ability)?”

Yes. That is exactly what we always thought. Killed. Absorbed. Tested. In that order, all in that Craftsman."

This does NOT confirm cryokinesis as the name of the ability. They simply answered the question (which wasn't about the name) using the name provided by the person asking. And the person asking is not a valid source for deciding the name. --GabrielPetrelli 13:08, November 19, 2008

Should we change the naming citation for this name? It seems more explicitly named in Dual, with the President's file and such. Sincerely, Thrashmeister [ U | T | C ] 22:02, 15 December 2008 (EST) 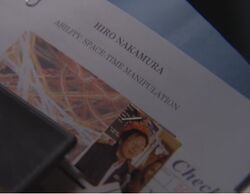 Try searching Space-Time Manipulation in Google, in the same format of writing, all of it appears to be from the HeroesWiki site. --NiveKJ13 (talk2me) 11:53, 19 December 2008 (EST)

Affirming that James Walker had this ability is unfounded and very speculative. There is no concrete proof of this affirmation other than a very sarcastic answer in an interview. I suggest removal of said speculative information. Ikkian 19:34, 8 February 2009

In Trust and Blood did anyone notice that when Tracy had her hand behind her back and activated her power, 'steam' rose from her hand? In reality, the condensed air would have sunk downward, as the fog does when you open your freezer on a humid day. Not too important, just bugged me. Dracomaster4 08:21, 11 February 2009 (EST) Depends how hot it was, if the air was heated enough wouldn't it become hot and rise, with whatever condensation left over falling.--Steelymcbeam 03:25, 25 February 2009 (EST)

Anyone else thinks the examples should be changed back? Putting sequences is a good way the effect of the ability, but since the selected examples should be down to eight images, it takes place of different examples. Intuitive Empath - Talk - Contributions 17:04, 17 February 2009 (EST)

Did anyone see at the end of the preview for next.....next weeks show when she was surrounded with water and a bunch of agents. Then a few seconds later for a split second they showed a bunch of icicles everywhere all the men frozen it seems to me she obviously evolved her powers she probably like charged it up and let go a huge blast of cold air from her body. I had to rewind it a few times. to finally pause it right at the moment cause it was for a split second they showed it.--Icykidd 22:32, 9 March 2009 (EDT)

Now that we seen that Tracy can turn her whole body into ice, shouldn't this be renamed to ice mimicry, or should Sylar and James Walker have freezing and Tracy have ice mimicry.

I don't understand, because Nathan was the one who named the ability and he wouldn't understand it fully! He obviously didn't know that most abilities would eventually evolve.

I agree. Expanding upon what Steelymcbeam was saying, Tracy's powers are evolving. Remember when they put those heavily-insulated gloves over her hands in the first episode of Fugitives. Didn't she shatter them in Building 26 or something like that. Peter and herself suggested that can she could propel cryokinetic (I don't know what else to call it) energy like Elle could electricity. She almost did it in Trust and Blood. At the beginning, it was so hot in her cell, she couldn't even think about ice. And in Cold Snap, though it was a small cloud it was there. And then later in the episode, she was able to project an seemingly-omnidirectional, almost instaneous "cold snap" that froze everything in the garage including herself. Sylar couldn't even do something like that. And as we all now, he pretty much gains control of an ability immediately (with the expection of electric manipulation). I don't think she's even dead. Titan3510 18:39, 25 March 2009 (EDT)

We're discussing whether or not the character shown in An Invisible Thread is Tracy or Barbara at Talk:Tracy Strauss... please don't add information related information to the freezing page just yet.--MiamiVolts (talk) 23:56, 27 April 2009 (EDT)