Claire brings a sandwich to Alex, who is still hiding in her room. She tells him she has money for a train to Albuquerque, where he can start a new life. Alex protests that he doesn't want to leave everyone he knows, but Claire says he needs to listen to her if he wants to survive. Sandra calls Claire's name and walks in, wanting to know what happened to her $300 emergency money. Mr. Muggles barks and finds Alex's sandwich under the bed, and Sandra asks what is going on. Suddenly there is a noise from the closet, and Sandra finds Alex hiding there.

In Building 26, Noah Bennet watches surveillance footage of his family's home. Danko asks whether he's concerned about Claire being watched, and he replies that Claire is old enough to deal with the consequences of her actions. Danko tells his team that Peter and Matt are now primary targets. Nathan interrupts and insists that only non-lethal means of capture may be used, but Danko says his orders are to shoot to kill. Nathan looks to Noah for support, but Noah suggests he may want to shoot Matt and Peter himself. An analyst tells Danko they have a lead on Peter's location: Manhattan. 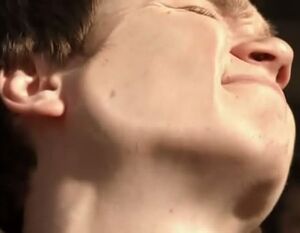 Sylar gets mad at Luke and pins his face to the window.

At Isaac's loft, Peter shakes Matt awake from his painting. Peter tells Matt that he has been painting the same image over and over again, of himself as a suicide bomber. Matt says all he wants to find out is how to save Daphne. A computer suddenly turns on and Rebel sends a message, telling them that Daphne is being held in Building 26 and giving the address. Peter isn't sure Rebel can be trusted, but then Rebel tells them "they're coming" and that they should run. They leave the loft just before two agents walk in.

Back in Costa Verde, Sandra questions Claire about Alex. Claire tries to claim that Alex is her boyfriend, but Alex protests that he never touched her. Sandra realizes Alex is telling the truth and Claire admits that she is hiding him because he has an ability. Sandra tells Claire that this is extremely dangerous, but seems more upset by the fact that Claire lied to her again.

Claire apologizes to Sandra for lying, and Sandra tells Claire that she knows more than Claire thinks, including the fact that a surveillance van disguised as a pool cleaning service has been parked outside for more than four hours. Sandra says she is willing to help if Claire will stop lying to her, and Alex votes in favor of this idea.

In Washington, DC, Peter and Matt are outside Building 26, planning their infiltration. Matt says he will have trouble using his power on so many people at once, so Peter uses his new ability to copy Matt's, saying he can help. They bypass the security guards easily and get to the top floor. Peter and Matt break into an operations room, convincing the operator to finish his lunch outside, and Peter uses the computer to hunt for Daphne's location. Danko and his team see Matt and Peter on the security cameras, and Danko orders a lockdown of the computer system, but his team tell him that someone else is hacking in. Danko tries to leave the room but runs into two security guards under Matt's control, both ready to shoot, so is forced to stay put. 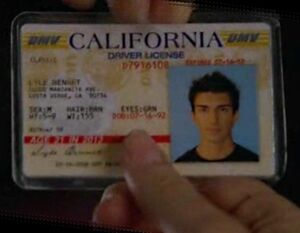 Sandra finds Lyle playing with his PSP, and uses his history exam score (C-) as an excuse to confiscate his driver's license. Sandra uses the license to create a fake ID for Alex, saying that she once did the same thing as a teenager to go to a rock concert. Claire tries to apologize being the cause of trouble, but Sandra says that it's not Claire's fault. Claire asks about her father, and Sandra says that she has always loved Noah but now his lies have made their marriage too difficult, although she doesn't know whether they will divorce.

Inside the abandoned diner, Luke asks Sylar what he's looking for and Sylar says only that "something happened here." He then recalls coming to the diner with his father in 1980, and losing a toy car inside a wooden diner partition. When he rips off the wooden boards in the present day, he finds the car is still there, proving the memory is real.

After showering and changing clothes, Alex asks Claire why she is helping him. She tells him they are an "endangered species." He tells her she's special, not just because of her ability, and if things were different he would have liked to be her real boyfriend. She tells him she feels doubtful about relationships, and that it seems like too many marriages end in divorce, but he explains that a relationship with the right person is worth the risk. Sandra bursts in and tells Alex that the agents are coming and he has to hide. She shows them a secret space in the pantry where Noah used to hide Company files. Alex hides there while Rachel and another agent search the house but they are unable to find him. Alex needs to leave for his train, and Sandra has an idea that might help him.

Peter discovers that Daphne is no longer in Building 26 but has been transferred to a medical facility. Rebel flashes up a screen showing video footage of the Flight 195 hostages. Peter copies the video file to a portable hard drive, explaining that they can use the threat of exposure as leverage to get Daphne back.

Noah explains to Danko and his team that Matt's senses are extremely sensitive while using his powers, and activates a loud alarm to disrupt Matt's concentration. The guards are freed from telepathic control and Noah, Nathan, and Danko run to trap Matt and Peter before they can leave. Rebel cuts the power to stop the alarms, and Matt try to hold off their attackers telepathically while Peter escapes with the video footage. When the alarms come back on, Matt is captured.

At the diner, Sylar tells Luke that his father did something terrible in that place, something that he had forgotten. He then has another flashback, this time of his father taking him over to a table where a man and a woman are sitting. They give Samson a wad of banknotes and Samson leaves. The young Sylar runs out into the parking lot, where he sees his father arguing with his mother in a car. While the boy watches in horror, Samson slices her head open and pushes her body out of the car.

Nathan meets Angela and asks if she is helping Peter, or if she knows anything about the identity of "Rebel". She denies it, and says she would not betray Nathan. Peter calls and demands that Daphne and Matt be set free or he will give the video footage to the nightly news. Nathan agrees and sets up a meeting. 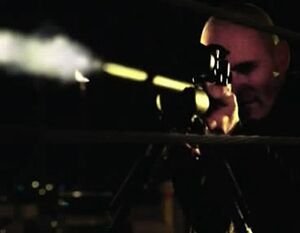 In Costa Verde, Sandra creates a distraction by leaving the house with Lyle in the car, while Alex and Claire sneak out the back. The agents hear them and set off in pursuit, forcing Alex and Claire to hide in a pool, with Alex using his ability. When Claire starts to struggle, he kisses her to give her air, and the agents lose their trail.

Nathan talks to Danko and Noah about the hostage exchange, but Danko says that no prisoners will be freed, and that he has other plans. When Nathan tries to give him orders, Danko explains that he takes orders only from the President, who will not make deals with terrorists. Peter meets with Noah on top of a parking garage, but Noah's thoughts warn him that it's a trap. Danko shoots Peter in the shoulder, causing him to fall off the roof, but he's rescued by Nathan who flies him to safety. With his arm now in a sling, Peter talks to his mother and Nathan, who tries to convince Peter to give up and come quietly. Peter pretends that he will do this, and hugs Nathan, only to replicate his power and fly away. Angela tells Nathan that he must listen to her now, and whispers something in his ear.

A reporter on the nightly news shows the stolen video file to the world: 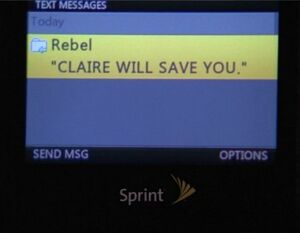 Rebel sends an unlikely face to Claire for help.

As Danko watches the broadcast, his gaze falls on Matt's painting of himself covered in explosives.

Sylar tells Luke about his mother's murder. Luke says he'd been trying to warn him about his dad, but Sylar gets angry, claiming that Luke's stories about Samson had been deliberately misleading. He throws Luke against a wall and threatens him, but does not kill him. Leaving the diner, Sylar says he's going to find his father and kill him, and tells Luke to go home to his mother.

Danko is in a moving van with Matt, who is drugged. Danko tells Matt that his kind is dangerous and the world will know it, then leaves Matt in front of the Capitol Building in Washington, DC, wearing a vest covered in explosives.

In Costa Verde, Claire thanks Sandra for all her help, and Sandra says she's glad that Claire is the way she is. They plan to watch a movie together and Claire goes downstairs to fetch popcorn, only to be confronted by Eric Doyle, who has received a text message from Rebel saying "Claire will save you."

"I have a plan. I just haven't thought of it yet."

"I cannot believe you know how to make a fake ID. Where did you learn that? Dad?"

"No. Claire, believe it or not, I was a teenager once, and an enterprising one, not unlike you, young lady. There was this band once I just had to see. Def Leppard. Oh, my god. Rick Savage. Bass player. So cute. Oh, what I would have given to..."

"Why are you doing this to me?"

"Because you're here and I need to express my feelings."

"Like an exceptionally cute boy who can breathe underwater."

"I can't believe the way you stood up to that bitch."

"You gonna miss having a cute guy in your closet?"