Sythan is really Sylar who was forced to take the form of Nathan with all his memories.

The real Nathan is in a café when he sees Sylar in the form of Nathan on the television.

Sylar goes to Nathan Petrelli's office and gets annoyed that Nathan's had everything handed to him. Sylar becomes convinced that he can be president as he searches through Nathan's stuff. He finds a toothbrush and he extracts DNA to change into Nathan.

He holds his press conference, which the real Nathan, Angela, Peter, Claire, and Noah watch in Coyote Sands Cafe. Noah reveals Sylar's new power, and Nathan flies off to stop him from becoming the president.

The real Nathan arrives and searches through his office. Sylar surprises him and reveals that he's been using clairsentience to read all about Nathan. He tells Nathan he will be president and proceeds to slice off his head. Nathan suddenly collapses and Sylar finds Danko standing in the doorway. Danko tases Nathan again and tells Sylar to change into Taub.

Angela having finding Matt, told him he needed to save Nathan. He comes with her after some doubt. Sylar was finally captured, with the big help from Peter. Sylar had transformed into Nathan's friend Liam Samuels, he went to the President's car. Once entering, he shook the President's hand. But suddenly Sylar starts morphing into everyone he has turned into. The president leans forward and shifts into Peter, who has replicated Sylar's power. Peter then stabs Sylar with a tranquilizer, who then passes out. Matt arrives but sees he could not save Nathan, for his throat was sliced due to Sylar's favored power. Angela didn't want Nathan's death to be known, especially since the assassin was an evolved human. Angela also knew the mess Nathan made could only be fixed be Nathan. The President would only drop the project with Nathan's consent. So she and Noah, told Matt to get inside Sylar's head while he was unconscious, and tell him that Sylar is dead. Mat was very hesitant but agreed after being taunted by Angela, asking him if he wants his son to be safe. Matt enters Sylar's mind and tells him repeatedly he is really Nathan. He said he has all of Nathan's memories. Suddenly, Sylar starts having some sort of seizures, while coughing, and begins to take the form of Nathan. When he wakes up he call for his "Ma", and has no idea who he really is.

Six weeks later, Angela arrives at Nathan's office saying she hasn't spoken to him in weeks. He tells her hasn't fely like him self, but Angela starts comforting Nathan. However he is not paying attention to her, which she realizes. She asks if he has heard anything she has said. Nathan replies by saying that there is a problem with this clock in the room. He walks over to it and then fixes the clock. He states to his mother it was running a minute and a half fast, and that it was bothering him. Nathan leaves the room unknowingly of who he is asking what she wants for lunch. Angela does not leave the room with him. She does not even move from her current position. All she does is stare at a clock with a concerned look on her face.

Angela is having lunch at Kojin Sushi when Sylar comes up to her, looking like himself acting like Nathan. She wakes up from her precognitive dream as her car arrives at the restaurant. Angela sits down and "Nathan" comes in and apologizes for being late. She worries that Noah is wavering and "Nathan" assures her that he'll take care of it. "Nathan" wonders if he likes sushi and Angela covers. He notes that he's felt recently like there's a lot of change going on with him and it seems like his previous life isn't his own. Angela dismisses it as self-reflection but "Nathan" wonders what kind of father, brother, and son he's been. She insists he's been fine but "Nathan" says he's been a jackass and plans to reconnect with everyone important in his life so he can be a "better me". He says he feels invincible but Angela says it's just a mid-life crisis and suggests he go out and buy a car and get a younger woman. "Nathan" concedes the point and wonders what he'd be without her. In his office, "Nathan" reaches for his coffee cup and it moves toward his hand seemingly on its own. Startled, "Nathan" backs away but then tries to repeat it without success. As he looks at his hands, they spark with electricity. Nathan" calls Peter, who lets his answering machine pick up for the fourth time. "Nathan" says that something is happening to him and Peter is the only one who will understand. As "Nathan" hangs up, he considers the coffee cup again. In Washington, "Nathan" concentrates on the coffee cup but can't make it move. He goes to the mirror and stares at himself.

While in his office, Angela brings various items, that belonged to Nathan when he was growing up.

When seeing two jets fly by, an amnesic Sylar says to Samuel that he thinks he used to be a pilot. He then briefly starts to take the shape of Nathan, but the shifting dies down, and stays as Sylar.

Sylar wakes up in the form of Nathan, walks out of his caravan, and flies away. Later in the day, he arrives at the apartment of Peter Petrelli, and says he thinks he's in trouble.

René tells Peter where he can discover find the horrible truth if he so chooses. Peter brings "Nathan" with him, despite René telling him to go alone. At a storage facility, they find Nathan's body. "Nathan" touches it and sees flashes of Sylar and Matt. Matt admits to Peter and "Nathan" that Nathan is dead and he made Sylar think he is Nathan. Sylar takes over Matt's body, tricks Nathan into touching his hand, allowing Sylar to transfer his mind back into his own body, but Nathan remains in control.

"Nathan" and Peter demand answers from Angela and she tries to claim that the body they found was that of a shape shifter, but they don't believe her and she makes them sit down to dinner. During dinner, she finally reveals the truth about what she had done to Sylar to make him Nathan and Sylar's consciousness shocks Nathan and regains control of his body. Later, when Sylar tries to kill Angela, Nathan's consciousness starts battling Sylar's for control to save his family. With Peter and Angela's encouragement he regains control of Sylar's body. 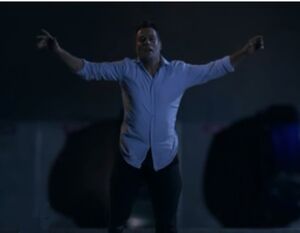 What is left of Nathan commits suicide.

After Peter beats Sylar, he uses mental manipulation to help Nathan regain control over Sylar's body, which he has lost. Peter takes "Nathan" to the roof of the building he jumped off of once and reminds Nathan of how he tried to convince Nathan that he could fly and how Nathan denied it which Nathan blames on it being an election year. The two chat, but Nathan can't hold control of Sylar's body and doesn't want to as he's dead. He throws himself off the edge of the building, but Peter catches him. He convinces Peter to let him go. Nathan falls towards a car below and turns back to Sylar before landing. Later, Peter and Angela mourn his "death".