To me, if Sylar is going back to be a Villian, the writers has to come up with a way were he doesn't keep using Telekinetically control his victim but a new way of being bad. Doyle and Samuel could be the villians, Samuel may know about Ando ability; and I think Doyle is the only one who is loyal to Samuel, you could have a plot where Doyle holds Ando as a hostage, get him to supercharge Samuel ability and the prison crumbling putting anyone with abilities in jepodary from the public, although the plot is similar to the season of that of fugitives.--50000JH 15:41, 10 May 2010 (EDT)

So then. I wonder if Sylar still has IA, or if it's been buried, leaving him with only TK left? The preview for the finale shows him using TK, so he's not powerless. Also, I'm curious if he'll go back to being Gabriel again. --Ricard Desi (t,c) 13:52, 2 February 2010 (EST)

I definitely get the feeling Sylar's going to go back to being referred to as "Gabriel". Not only does he seem to revert to his sort of dorky ways (how he tells Peter that the hunger was gone was particularly awkward), but "Sylar" has always been his alias for his darker self. Without his powers in Generations he even called himself Gabriel. Guess we'll have to wait and see. --Ricard Desi (t,c) 01:06, 9 February 2010 (EST) 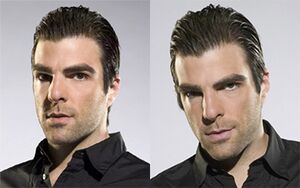 this poll is closed.

Replace the current image for this image

A problem I have

Something that has annoyed me for a while is that we list Sylar as taking powers he never demonstrated. We don't do this for Peter or Arthur so why should it be with Sylar. Particularly, two that stand out are Imprinting and Disintegration. For Joe Macon he said he was 'picking his brain', which I interpreted as he was using his ability to find out information. He has no need for imprinting, has never demonstrated it, mentioned it or even acknowledged killing inbetween Dual and Clear and Present Danger. Same with Disintegration, there was no sign of him disintegrating anything after doing it. So I think, while it's pretty certain he does take the abilities, we should create a new section, with Shattering, Disintegration, Imprinting, and I think there may be others.--MIDAS 19:27, 13 February, 2010

Is it possible Sylar's mother has empathy or empathic mimicry? Is that how Sylar has an empathic byproduct or is it part of intuitive aptitude? Could he have acquired it that way, somehow. --User:Blood69 18:02, 25 February 2010 (AEST)

Sylar's soundtrack fits evil-Sylar perfect, but I think that this one fits him even better. Anyone agrees?-- Yoshi | Talk | Contributions 12:54, 28 February 2010 (EST)

Why must this stuff be included?

Sylar taking powers without looking the brain was called as empathy by Arthur, not us. And it's not a separate power, it still makes sense with his core ability, he's just understanding the power through the holder's emotions rather than the brain. We list only relevant people. We mentioned Echo because he already had his power, and the other two because he passed the opportunity of getting their abilities. We say that at the time it was unknown, but that it was confirmed later, what's the problem with that? Intuitive Empath - Talk - Contributions 17:46, 3 March 2010 (EST)

...means all he has to do is touch someone to get their ability's

The reason some of these things seem like plot twists or surprises is because Heroes fans tend to predict the most creative plot for upcoming episodes, while the writers tend to write the least creative plots. Example: In BNW, some of us were expecting Damien to reveal Samuel's secrets and then the whole Carnival erupts in a fight. But, no. They just left. Does anyone agree?--Boycool42 07:27, 10 March 2010 (EST)

Sylar writes with his right hand in Pass/Fail. Anyone think that he told Claire the truth about being ambidextrous?--Boycool42 15:40, 12 March 2010 (EST)

I don't mean to Sylar repeat anybody or myself. Sylar should have flight before he acquired it from Nathan: In season 1 during when he acquired enhance hearing Dale said that she could hear the smallest sound; Sylar overcame this and used his IA and telekinesis to leviate to kill her; if there are two people and one leviates and the other flies they are both defying gravity; since IA give Sylar more control of the power he gained and know how it worked or can work e.g. Telekinesis being use as a knife to cut open his victim's head. This mean he should have developed telekinesis to leviate to flight. --50000JH 20:49, 28 March 2010 (EDT) 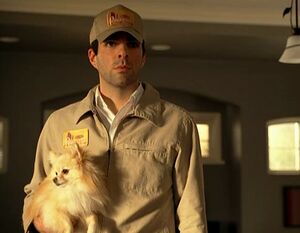 "....That means an extra plate. Why don't you stay for dinner? Least I can offer my new hero."

Does anyone else think that would be hilarious? Imagine if HRG had to go with the facade and play nice with Sylar. That would be a dozen times funnier than the Bennet thanksgiving dinner.--BOYCOOL -- THE END IS NIGH. 19:17, 10 April 2010 (EDT)

This is only a suggestion could we call the way that Sylar doesn't get his ability from killing "Empathic Connection" as this does not fit in with Intuitive aptitude: Analyzing complex system. It even has on the Intuitive aptitude main page: "Analyze complex systems" as well as "Intuitive aptitude is the ability to understand the structure and operation of complex systems without special education or training. However, it also compels the holder to understand as much as they can, resulting in a "hunger" which can manifest a need to understand, which often causes Sylar to kill other evolved humans and acquire their abilities." there is nothing about gaining abilities empathically on the main description of the ability.--50000JH 15:55, 10 May 2010 (EDT)

This has been discussed before (see above), but it's worth bringing up again. It certainly is possible that Sylar has empathic mimicry, but there simply is no conclusive evidence or proof pointing to him definitely having that ability. Therefore we won't list it on this page. -- RyanGibsonStewart (talk) 16:18, 26 February 2011 (EST)