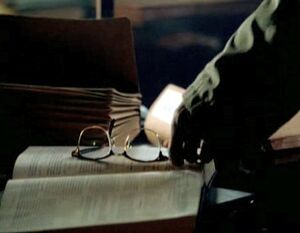 Mr. Bennet and the Company have an interest in evolved humans.

The following articles relate to the Company. The Company is frequently referred to amongst fans as the AWI, the OWI, or HRG's (or Mr. Bennet's) Organization: