From Heroes Wiki
< Talk:Freezing
Jump to navigation Jump to search

This is about, the image of Tracy turning from water into herself. I don't think this should be in the article since it doesn't really have anything to do with freezing.--Scorvi12 03:39, 30 April 2009 (EDT)

Lets get this over with. Personally I think what makes the most logical sense is that Tracy's ability has always been what we are seeeing, some sort of water control. Making it a seperate ability from freezing and water mimicry altogether. We know from other character like Ted, Matt Parkman, Jr., Peter, and others that abilities are affected by the mindset and emotions of the user. So Tracy was simply unable to access the other aspects of her ability (rather than these being new aspects) when she was a "colder" person. Micah comes, inspires her, she "warms" up to him, and now she can use this part of her power (which will likely lead to her being able to control and become steam as well). Some of you might not like it, but this is how abilities have been written since the beginning. They have always been emotion and personality based. I vote we create a new article for this ability. It seems only hurtful to leave the topic undiscussed IN the articles for the most part, as this is more likely to be an answer someone is seeking since it was one of the cliffhangers from the finale. --Action Figure 13:01, 3 May 2009 (EDT)

So over at Talk:Tracy Strauss, the consensus has been reached that the woman in the finale was Tracy. So, until her ability is changed (if it ever is), can't we mention in her section that she can turn into water now? We have an image of it in the examples, so why not mention it? IT was the 'big' cliffhanger of the season, so no doubt people will want answers, and the may come here to get them. --Laudo 12:28, 6 May 2009 (EDT)

I miss the old good Sylar

this will be good against transportation and space-time manipulation

Freezing could be the only way of killing somebody with transportation and space time manipulation but only if the person has not had time to respond. 50000JH

Or phasing, if you can sneak up to the person.

Well doesn't that apply to anything? If you've got the element of surprise, you don't even need a power to kill an evolved human! I don't think Hiro would respond well to a knife in the back. With Rapid Cell Regeneration and Impenetrable Skin being exceptions, of course :P--Kooliki 22:04, 3 October 2009 (EDT)

Okay. The reason for my thinking is that Tracy is no longer limited to just freezing things, she can now transform her entire body into water and project water (Similar to Water Mimicry). I would suggest Hydrokinesis because by definition, it is the control over water (including temperature). The only reason I think Tracy should be classified as having a different power is because no other character has displayed the same aspects of her ability. The other characters with the ability Freezing have only demonstrated the ability to lower the temperature of selected targets. Tracy, on the other hand, can mimic, control, and freeze water. Proposition for a name change/merge/creation of a new ability should wait until season 4 starts, but I'm just throwing this out there now. Comments?--Bender 21:08, 15 September 2009 (EDT)

Reply to Danko: "Such as...(flowers and people contain water)."

This has been discussed elsewhere, but it deffinately applies here: This section states:

Freezing is only an aspect of her ability and does not fully describe what she can do. Therefore Freezing is not and accurate name for her ability. It describes James Walker's ability fully, but Tracy needs to be split from this page and given a new ability page (saying that James Walker was/would be able to mimic and control water is as speculative as saying that Rachel Mills will learn to control time as well). This page does not need a name change, but Tracy needs to have a new ability page called Water and ice manipulation. --Skullman1392 00:49, 18 November 2009 (EST)

I think Skullman has a point, because the Company named Jeremy's ability before he discovered he could drain life - therefore, his power is more than just a "healing touch". Tracy's ability was named before she was shattered by Danko, so her ability is more than freezing, too. But still, I'm opposed against renaming any of these abilities, because there are other examples when a name doesn't properly describe an ability - gravitation manipulation, electric manipulation etc. These names are too wide, and the possessors of these abilities displayed very few effects. And it's okay... Dura canon, sed canon. Let it be.

I think we should change name of this ability to cryokinesis.

I'm sorry, but this talk thing is to confusing. So I'm sorry if this has been mentioned before, but i think we should split the articles like what they might be doing with Jeremy's ability. Because obviously these abilities are different, and the name freezing doesn't cover all of the things Tracy can do. --Scorvi12 02:21, 9 December 2009 (EST)

Sorry to do this, but I've seen this unofficial poll everywhere in this wiki (on pages that was nominated for name change)

Split the page into Freezing and Water and Ice Manipulation

Should we use this image? 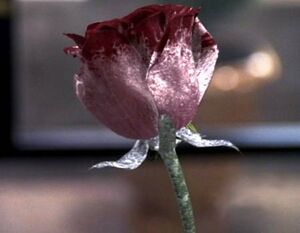 Thank you for answering the question, I feel bad for disagreeing with some of your descisions and I don't blame you if you say why did you ask it then. I see Telekinesis and telepathy could work against puppet master as it doesn't stop the thoughts only their movements. This is just a thought because she activates the ability using her thoughts than her actions so she is not using an action she could turn into water. Even through it been shown on the show Elle electrocuting when Kyle pour water on her this in my experience is false. In school I remember doing an experiment, where we had two metal or carbon rods, a battery water in a bowl and a bulb which was connected with Crocidle clips and wires, just using pure water with no minerals to ionzise the water in the bolw, the light didn't conduct, but when salt was added the light bulb did as it sodium in the water. Heating and Mircowaving she just evorapates and just condensate and cool back into water. Sorry I should put this in the question, Claire had a spot in which she could be killed, do you think Tracey would have anything similiar.--50000JH 11:52, 20 January 2010 (EST)