Rachel Mills sees them all at a carnival at the end of chapter 5 of faction zero. It is a 99.9% chance that it is this one, so can we add them, or do we have to wait for official conformation that they are the same carnival?--Ratclaws 19:04, 25 September 2009 (EDT)

I was looking for images of the carnival and the carnies, and found something interesting. If anyone has heard of the Nickelodeon cartoon, "Danny Phantom" (teenage ghost who fights other ghosts), there was apparently an episode with a carnival, and its carnies were ghosts (super powered carnies). There was one ghost, a lady with tattoos with a red cloak (sound familiar?). They don't have the same powers and all and have a lot of differences, but I just thought this was a weird coincidence in my search.--Catalyst · Talk · HL 23:19, 27 September 2009 (EDT)

Any ideas how the carnival managed to hide from the Company so many years? Because it has a lot of dangerous EHs to bag and tag, or maybe even lock them up.

Any ideas on how it moves around?

Originally, I'd assumed that someone in the carnival was simply using Illusion to hide it (for example, from the police in Hysterical Blindness). Yet in Strange Attractors Samuel and Tracy are actually brought to the carnival itself from elsewhere, because we see Sylar in the background. Space-Time Manipulation might be the most plausible to answer to how this occurs, but we know Arnold is old and dying. I doubt very much he'd be able to move that much matter around repeatedly as has been shown to occur, especially as in Orientation Samuel claims it will be the last time he asks the old man to use his ability. Since Samuel's obviously been teleporting since then, and we know there isn't another teleporter in the carnivel (otherwise Samuel would not need Hiro as a replacement, right?) it can't be Arnold. Anyone have any other theories? Swm 12:05, 28 October 2009 (EDT)

How about making one theory page for the carnival and put there all theories about Damien, Mrs. Comey, Teddy etc. instead of just having many theory pages with one or two theories?

I somehow was tricked into watching The Notebook the other day, and about 5 or so minutes in, there is a poster in the background advertisind a "Sullivan Brother's Carnival." Perhaps some carnie has the ability to transport the carnival between realms of exsistence? Haha jk. -- Psilaq R.- \m/ -_- \m/- 16:04, 30 October 2009 (EDT)

Oliver Grigsby recently pointed out that the Carnival has a twitter account. Should it be mentioned in the page?

I've been thinking a lot about the carnival and the people who live there. Each of them have jobs that go with their abilities.

And I'm pretty sure that Mrs. Comey would be the carnival's cook! Now I have been thinking long and hard about Arnold and what his job could be and I think I have found the answer.... THE MAGICIAN! Like Hiro did in Tabula Rasa, Arnold can use his power to do "magic". Any thinkers?

The Watcher and Amanda

I know that we have a gallery at the bottom of the page showing a few of the attractions, but can we have a section of the page listing them all, since there are more than are just in the gallery. --mc_hammark 12:10, 2 December 2009 (EST)

Can we assume Arnold brought her to the carnival before trapping her somewhere? Since Hiro found her name tag there...

Actually, come to thing of it, that's probably just complicated things... but the point is, we can't say she's been at the carnival... Arnold could have just as easily taken her badge off her and taken it to the carnival. --mc_hammark 19:32, 22 January 2010 (EST)

This is a big project. I'm attempting to find out as many of the actors' names as possible who portrayed carnies. A lot of times I have first names or a nickname and that's it. I'm working on building up a network, but I've only got a few at this point. Kie Spring has been instrumental. I'll post what I have and we'll go from there, à la Danko's men, only much more fun!

What we need now is some screencaps of the carnies, and a list of what episodes each one appeared in. I'll keep working on the actors' names (though if anybody else finds something, awesome!) Don't forget to check the 10 webisodes, too!

I should also note that Kie said a lot of the regular carnies kind of decided their own powers (unofficially, of course). For instance, Kie's ability was animal control. I think that would make some good trivia...and might help us name the carnies, in some cases.-- RyanGibsonStewart (talk) 02:46, 26 January 2010 (EST)

Names of actors (I'm only listing the extras, and people who pop up every once in awhile in the background):

Gallery of actors and characters 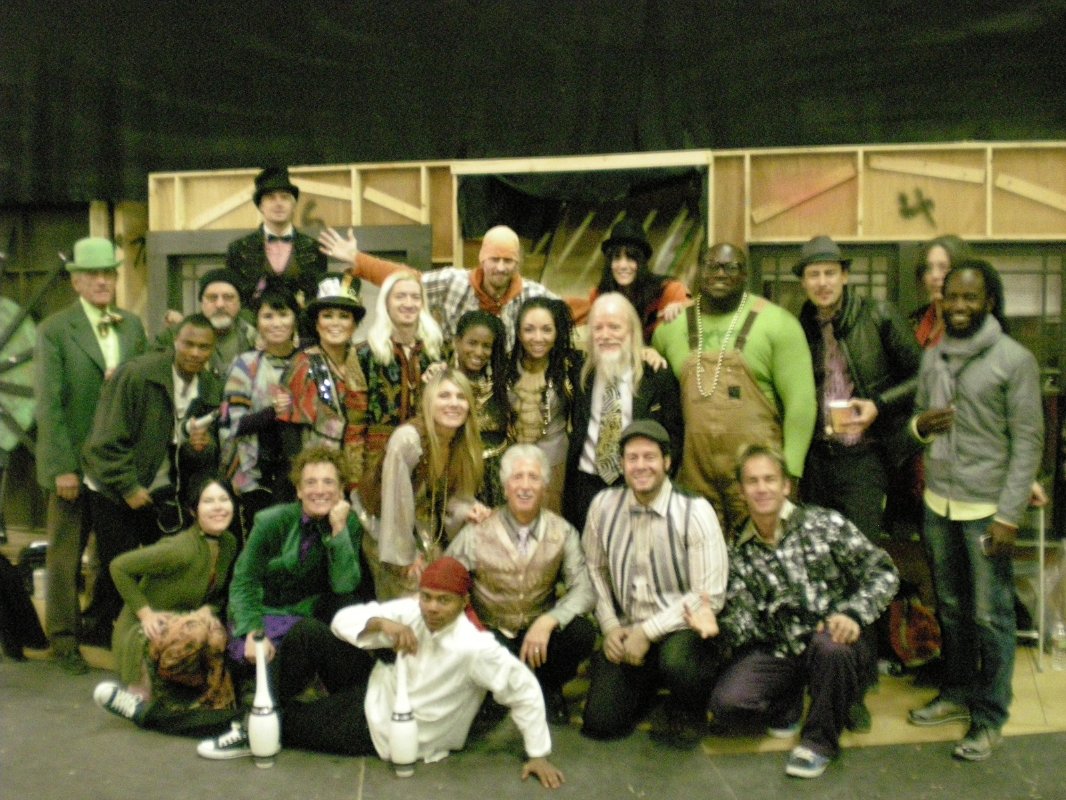 Should Emma be added?

Just a thought, since the carnies left the carnival, does that not make them former carnies, or at least their home is no longer at the carnival? Or is this too much of an assumption? --mc_hammark 11:25, 19 February 2010 (EST)

For all the people that live there, should the carnival be listed as their home or their residence? --mc_hammark 09:16, 22 February 2010 (EST)