Arthur Petrelli was the husband of Angela, the father of Nathan, Peter, and was a founding member of the Company. He was an evolved human with the ability to steal other evolved humans' abilities through physical contact.

After having served in the Vietnam War alongside Daniel Linderman, Arthur (and his wife) helped found the Company. He worked with the others in the group to perform acts they believed would help the world. Arthur continued his relationship with Linderman, as he was the criminal defense attorney for the Linderman Group. Arthur was reported to have committed suicide in April 2006 after a long battle with depression although in truth his wife Angela poisoned him. He survived, albeit completely paralyzed and faked his own death. However, about a year later, Arthur made his existence public and began assembling a team of evolved human "villains" to carry out his plans. He was finally killed by Peter and Sylar with the help of the Haitian.

For an episode-by-episode summary, see Arthur Petrelli: Season One History.

Mr. Petrelli's death affects the Petrelli family and his memory continues to run through their thoughts. Hana Gitelman discovers files that discuss Mr. Petrelli and Linderman's involvement during the Vietnam War.

When Nathan comes home drunk, his mother remarks to him that she's glad his father isn't there to see him now. Kaito reveals that Mr. Petrelli was part of an elite group of twelve individuals.

Nathan identifies his father amongst others in the photo of the group of twelve.

Bob tells Elle that Claire's blood could make her a major player in the Company, comparing her to Arthur Petrelli.

Arthur's name and location are in Linda Tavara's notepad, which Linderman currently possesses.

Arthur appears in one of Angela's dreams of the future. In the dream, Arthur confronts Angela and forces her to be unable to move once she awakens. Meanwhile, at the Pinehearst building, Maury Parkman reports to a bedridden Arthur on the progress of Daphne Millbrook's recruitment. Knox soon brings Adam Monroe into Arthur's room and Arthur is able to take Adam's regenerative abilities, causing him to rapidly age and die. Arthur, now fully healed, addresses "the bad guys" but is interrupted by the entrance of his son. Arthur tricks Peter and removes all of his powers, leaving him powerless. Arthur also uses his power to remove Maya Herrera's poison abilities, thus winning the trust of Mohinder Suresh, whom Arthur gives the task of completing the formula. 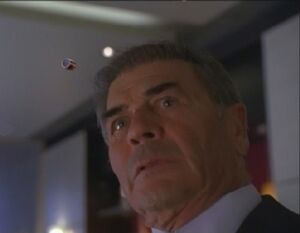 Arthur is killed after causing much grief.

Just as Mohinder begins an experiment on Peter, Sylar appears and kills Dr. Livitz and releases Peter. Arthur throws some lightning at Peter but misses, leading Peter to escape. Arthur stops Mohinder from hurting Sylar and reveals that Sylar is his son. Arthur tells Sylar that Angela tried to kill him as a baby and Sylar decides to side with Arthur, telekinetically throwing Peter out of a window. Via a spirit walk, it is revealed that Arthur arranged Nathan's accident, which led Heidi to become paralyzed. Arthur went on to plan another attempt on Nathan's life with the aid of Linderman. Angela attempts to kill Arthur upon learning of his plans for Nathan. Arthur, bedridden has Dr. Livitz to tell Angela and his family that he is dead. In present time, Arthur learns of Hiro's spirit walk and teleports to Africa and kills Usutu, also erasing Hiro's memories to the point where he thinks he's ten.

Returning to Pinehearst, Arthur teaches Sylar how to acquire abilities empathically. Arthur also learns from Daphne that Matt Parkman is attempting to help Angela. Arthur enters Angela's mind and after a few words from his ex-wife, he releases his hold over her. Knowing that the only way to perfect the formula is with a catalyst, Arthur sends Knox and Flint after his granddaughter, whom he also believes to be the catalyst. Arthur then uses his precognition to discover that another eclipse is on its way. Upon regaining his powers, Arthur travels 16 years in the past and removes all of Hiro's abilities, also absorbing the catalyst from him. He then throws Hiro off a roof and sends Claire back to Primatech with a warning for Angela. After returning to Pinehearst, Arthur implants the catalyst into the formula, perfecting it. Arthur is then confronted by Peter and The Haitian. The Haitian is unable to suppress Arthur's abilities for long so Arthur attacks Peter, who shoots him. The bullet is stopped mid-air by Sylar, who asks Arthur a question. Arthur answers but Sylar knows he's lying and kills him himself.

Angela tells Nathan that Arthur got himself "a big expensive sports car and a younger woman with questionable morals" to get over his midlife crisis.

Peter and Nathan sit on a rooftop and talk about the last time they were there, when they discussed their dad's depression and whether Peter could fly.

At Nathan's funeral, Peter reminisces about his childhood while giving a eulogy. He states that Nathan had taught him several skills, such as skateboarding or fishing, because Arthur wasn't around to teach them to Peter. He also says that Nathan was much more demanding of him than his father would have been.

In 1978, Arthur discusses the results of Mindy Sprague absorbing too much energy and changing the weather pattern to create a blizzard. After Charles Deveaux offers to go "clean up," Arthur introduces Maury Parkman to the other Company founders. Arthur implies Maury can do the job just as well as Charles.

After Hiro's powers fail him, Angela realizes that Nathan, as Arthur's great-grandson, has inherited Arthur's powers, though Hiro later tells Noah that Nathan's powers are different in that he can only keep one ability at a time.

Arthur Petrelli had the ability to steal the abilities of other evolved humans. By making physical contact, Arthur took Adam Monroe's ability and was immediately able to access it, healing the nerve damage that had left him paralyzed. A person whose ability Arthur has stolen is left powerless though Matt Parkman Jr.'s power can restore a stolen ability.

He claimed to have absorbed all of Peter's abilities after touching him, leaving Peter without his abilities; however, he did not demonstrate all of the abilities that Peter possessed.

The abilities that Arthur had acquired and demonstrated are:

The known abilities that Arthur had acquired but didn't demonstrate are:

Arthur claimed that the effects of his ability are permanent.

Prior to Heroes Reborn starting, the Heroes Reborn app was released with a video summary of Arthur's history. The summary included:

"Your father was weak."

"My father was my hero."

"The bad guys are here."

"You don't have your powers anymore, Peter...because I have them now."

"Son, until you change that attitude, you're grounded."

"I understand you've been dreaming about me." 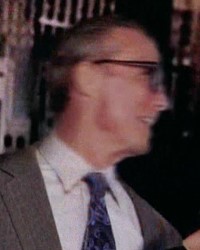 Arthur Petrelli as he appeared in the photo of the Company's founders.

Please refer to Theory:Arthur Petrelli for fan-created theories and other speculation.