Can you get an image of Knox in a straightjacket, and Pine and Doyle in their cells. User:Jethap

I think there is an issue with Stephen Canfield's appearing or not in The Butterfly effect, there's a revert war going on. Intuitive Empath - Talk - Contributions 18:20, 1 June 2009 (EDT)

I have recently added a memorable quote where Sylar tells Danko of his plans, do you know if their lines are correct?— By Danko at 15:34, 3 June 2009 (EDT)

Hi Ryan, I would like to know how the disambig pages were made as I am going to create some for; Abilities that end in -kinesis e.g. Telekinesis, Terrakinesis and also abilities that end in -tion e.g. Ability replication, Activation and Deactivation. Can you reply on my talk page please?. Thanks :) -- By Leckie at 07:33, 4 June 2009 (EDT)

Hi Ryan, earlier Waffles was pretending to be another user, look at Waffles' talk page for evidence. Sorry if I mishandled the situation.-- By Danko CH 16:36, 4 June 2009 (EDT)

A thought for the future

Just a quick thought, since both fire and earth abilities have a -kinesis suffix, if we get an air manipulation ability or a water manipulation (coming soon?) ability I think we should also add the -kinesis suffix to them as well. It will give some similarity to the four elemental abilities and it seems that the writers may be more inclined to give them 'comic-book names'. I'm not saying every manipulation ability has to have the suffix, just the ones listed above. --Elemental Manipulator [ U | T | C ] - When in doubt, ask BTE 02:35, 7 June 2009 (EDT)

Top of the world

My brother and I want to create our own fan fiction series with lots of characters and episodes and abilities and stuff. We were wondering what the rules of these things are and if we need to create another user, like the team behind Cockney Heroes did. Joshua Korolenko

peter didn't use any other ablity other than shape shiftng so for now we have to assume thats the only power he has. But I do think that in the future he may get his original powers back or he his new ablity will evolve and he will be able to hold multible ablities --Rageman 10:57, 8 June 2009

I am having a competition to find an ability for fugitive Amy Jones in my new series, you must create her ability and tell me on my talk page, thanks to all who enter.-- By Danko CH 13:30, 8 June 2009 (EDT)

The winner was user:ERROR for his suggestion of healing, thanks to all who entered.

Also here User:Danko/London's Fugitives do you know how to make the picture appear normal size in the box but the episodes, chararacters + abilities to appear in the white main area next to it?— By Danko at 14:47, 8 June 2009 (EDT)

Can't you, like, IP ban every person who comes to your talk page to point out trivial stuff or ask you about plot points nobody even knows about?--Citizen 22:46, 8 June 2009 (EDT)

I was going to create his page, however I am confused as to what to put him under, cast or crew. I know Bill Hooper was under crew as only his photo has been seen, but Kanin actually appeared. Please answer on my talk page so I can get on with creating the page. Thanks in advance :) --posted by Laughingdevilboy Talk 09:43, 9 June 2009 (EDT)

I want to direct you to this minor discussion at abilities w/ multiple users since they were your edits. I wanna see what you think about this. :P--Riddler 21:52, 10 June 2009 (EDT)

They fixed the hacking problem but I will not be able to come to this site any more even without my user name, because i really need to study up on my Heroes knowledge. Also i have been going to evolutions websites and I remember that in one episode claire used a search engine, something like yahoo on a budget, and it actually exists, or existed due to lack of visitors. someone was "hacking" it when I got there. --Hawkeye 11:53, 11 June 2009 (EDT)

Error and I have gone our own separate ways as he has left the Fugitives eries but then he vandalised the series, changing spoilers and even a character to say he lives in China and his name is Sum Dum Gai, please can you undo these ridiculous edits as it will take me a while to correct the individual changes, thanks I think that he wants the series to collapse nowhe is gone, please help.-- By Danko CH 12:39, 11 June 2009 (EDT)

Will you check out our new fan cration Chronicles. Joshua Korolenko and Agent Jordan.

A mistake on Peter Petrelli page

hey i was just at the Peter Petrelli page and found a mistake: it says that his Intuitive Aptitude was absorbed from Sylar. This not true. Peter absorbed Intuitive Aptitude from Gabriel Gray (exposed future). Please change it so I can sleep at night thanks!

Hey Ryan thanks for the comment on Chronicles. I was wondering if you had seen the discussion regarding Micah's character picture? I'd love to get your opinion as you know a lot of stuff. :) Joshua Korolenko

I think the death of characters is very important, i suggest putting the episode/season, location, killer/cause and appearances after death. People killed by Sylar would be linked to the articles Victims of Sylar and so forth... The reason is that a main character's death is somewhat important in the storyline, and people who search the cause of death have to search the whole article and often its not in the last episode the character is seen( example: Linderman). Also, this section appearing in the list at the top will immediately inform the user that the character IS dead. Characters that come back from the dead like Claire are included. Tell me if its a good ideea. - Discipol

I noticed that when a new article is created, they're also listed as not patrolled, however, I can't find a "patrol this" link anywhere, is it possible to patrol an article which has only one revision? As in "it was created and no one has edited it yet". Intuitive Empath - Talk - Contributions 18:22, 15 June 2009 (EDT) 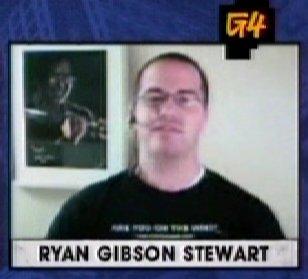 On other wikis, people got blocked after a first act of vandalism. On Heroes wiki, the bastards get decorated.--Citizen 18:00, 23 June 2009 (EDT)

Hi there, I was just going to create some more crew members, but when I went to add the autonav to someone from hair and makeup and the autonav had two options, one for hair and one for makeup yet both autovans are the same. Do you want them separated and another portal made? or does one simply need deleting? This is also the case with music and sound. I will create other crew members until this is sorted. Thanks. --posted by Laughingdevilboy Talk 17:58, 18 June 2009 (EDT)

How can I add An Image?

I want to change Donna Dunlap image? I have the image, but I don`t now how to add it.

I uploaded the image, but they`re telling me that i need an administrator permission. Can I change it?

Why does hi's pge say his power is partially restores yet he teleported the syringe out of danko's hand in An Invisible Thread?

The Mr. Muggles article is all messed up there is no account of his appearance in I Am Become Death and Sylar's quote of him in Invisible Thread is wrong. You thing all his lovers on this wiki, (just check his theory page) would be able to edit this rather than write about how he and Waffles are unstoppable. -- By Danko CH 06:14, 21 June 2009 (EDT)

Hi, you may be sick of my and the crew pages by now, lol, but on the IMDB Augy Plotquin is listed as a special effects coordinator for the Recruit webisodes, yet we have him listed as a construction coordinator. Is it the case he is both? or have we or IMDB got it wrong? Thanks for your time. --posted by Laughingdevilboy Talk 07:08, 21 June 2009 (EDT)

I added some images for it and the digg.com links as you asked. I also did the 9th Wonders and IMDb announcements, and left a heads-up to HeroesARG since they hadn't posted about the writers interview yet either. I had some trouble getting into digg.com, but their tech support finally activated an account for me, so I was able to add the links. I hope I used the right format. Question: While looking into the digg links, I noticed the Golden Handshake interview doesn't have digg links. Is there a reason we haven't added them?--MiamiVolts (talk) 00:35, 22 June 2009 (EDT)

Hey Ryan, i was wonder if I could change every thing that says {{{PAGENAME}}} to {{{SUBPAGENAME}}} in the Linderman Group Navbar? Only so if people want to use it for their creations it wont say User/Example Page is part of a series.... you get what I mean. If you will let me change it, that would be great. Thanks!--Catalyst · Talk · HL 20:16, 22 June 2009 (EDT)

Just thought I would tell you, I fixed the page. The problem was simple, too many templates mainly the epp ones, so I changed some of them and the page works. Just though you might want to know in case something similar happens in the future. --posted by Laughingdevilboy Talk 09:35, 25 June 2009 (EDT)