I admit I have. But it is just getting ridiculous and I wanted a response from other fans. When I used to watch Lost, it really annoyed me. Now I see Heroes following that trend. Oh and add Meredith Gordon to that overwhelming list. If only that could get rid of Angela, Matt and Noah. And maybe Peter. User:Blood69 14:38, 1 February 2010 (AEST)

I have returned RGS. I was wondering if you could give me any info about any changes to the site. Thanks. 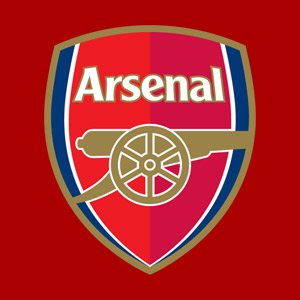 This is my sig (select edit to show):

So how do I make the background colour different? I've put red and then the ac0003 in, but it still comes up in the normal red.

Yeah, thanks a lot Yoshi n1! You're helpful! :D I like the new things. And new users. It's great being back!

I just wanted to apologize if my post came off as even slightly offensive. I didn't mean it to sound that way. If it counts for anything, I don't usually follow the iStories, since I have a hard time following an "Optimal path", but I read the one you made and definitely enjoyed it :)--Riddler 01:08, 2 February 2010 (EST)

I saw that you made a comment on the Enhanced strength talk page, but didn't give your opinion on the split. Personally I see enough evidence of a difference to warrant a split, not to mention the 12:1 for the split. The split template has been up for nearly 2 weeks and we've only had one opposed, which didn't even really have a reason. Anyway, I just want to know your opinion on the situation. Thanks. --mc_hammark 13:20, 2 February 2010 (EST)

Hi RGS, I just found this picture at the unused files section and i think it speaks the truth, this survey comes on my screen sometimes, and i think it's really annoying. So i wonder if you could do something about it? I dont know for sure if I should ask it to you or ask it to Admin.-- Yoshi | Talk | Contributions 13:38, 2 February 2010 (EST)

So in looking over this image again, I have to be honest, it looks way more like an "H" than a "W". It seemed like an intentional connection. What are your thoughts on connecting them, or otherwise asking someone on staff to see what the intention was? --Ricard Desi (t,c) 20:37, 2 February 2010 (EST)

Does she have the same power as Pearl? ;)

I have a question about the latest iStory, and since you're the writer (nice job btw :D), it makes the most sense to ask you here. The latest iStory seemed to imply that Mulligan could also fast-forward time, evidenced by the sentence "...and right now he's stuck on fast-forward and shorting out" and the scene where he rewinds and seemingly accelerates time in order to "oscillate" and see the Watcher. Does he also have the power to accelerate time or am I just reading it too literally?--PJDEP - Need further explanation? 16:19, 3 February 2010 (EST)

I don't know if this has ever been suggested, but do you think it would be useful on the wiki to include "Company partner(s)" on the character template? --Ricard Desi (t,c) 09:54, 7 February 2010 (EST)

I'm a little bit confused, here in the Netherlands it's 21:45 (the time). On the recent changes page is written that in the USA it's 20:48, so does that mean that Heroes starts in the USA on NBC in 15 minutes? (Sorry about the whole time thing, I never really understood the time in the USA, I mean in NY it's a different time than in LA)-- Yoshi | Talk | Contributions 15:51, 8 February 2010 (EST)

As a sort of aspiring playwright/screenwriter, I was wondering how you came to do writing work with NBC. It seems really cool to be able to add your own work and unique style to an established universe as popular as that of Heroes. --Ricard Desi (t,c) 17:12, 8 February 2010 (EST)

Just been on twitter and noticed the wiki account hasn't been updated in ages. Just thought I'd let you know. Oh and the offer for me looking after it and the facebook for the wiki still stands. --mc_hammark 17:43, 8 February 2010 (EST)

Hey Ryan! About the image link template, how do I make it so that it floats on the right side? I originally thought that it would be like the <center> </center> thing, but I am unsure. Would you happen to know?--Catalyst · Talk · HL 20:53, 8 February 2010 (EST)

I got the iSMS messages recorded on my phone tonight, just in case... so let me know if you have any trouble adding this week's interactive. I thought the answer to the question about Amanda was funny. :)--MiamiVolts (talk) 02:04, 9 February 2010 (EST)

Is there any rule for or against linking to wikipedia in the middle of an article? I saw a user do this to an episode summary on Nathan's page, but wasn't sure whether it should be left alone or not.--PJDEP - Need further explanation? 00:30, 13 February 2010 (EST)

Hello Ryan! I've just visited the pages of the episodes "Genesis" and "Don't Look Back" and I just noticed that in these pages is written the name of the person who says the opening narration. I want to know if I have to do the same thing with all the other episodes, or remove the names from this two episodes, thanks TanderixUTCR 13:14 (Italy)February 14, 2010

Hi Ryan, I would ask to provide a Contest. Action tale about Volume Six. User the head of his episodes. It will be open to all user. Main Characters will be Emma, Hiro, Ando, Claire, Noah, Peter, Angela, Sylar, Lauren, Tracy, Samuel, Edgar. Episodes have to be every week. Recurring Characters must be proved by more than 4 episodes. Season 5 should have 21 episode-User:Adamhiro 17:05, 13 February 2010 (EST)

It's not my businesses and I really dont mean to be rude or anything, but should'nt we get Baldbobbo off the Admin's list? He hasn't made an edit in five months. Mabye It's stupid that I sad this...-- Yoshi | Talk | Contributions 13:41, 14 February 2010 (EST)

Hey man. I was just wondering if Behind the Eclipse was still around. I tried finding the latest post(s) but wasn't able to find any. Apparently it only went up to the end of last season. Thank You :) --Trevorrrj 04:10, 17 February 2010 (EST)

Even if we alphabetize by last name, why does "concert woman" go before "chris coolidge"? Also, I'm sorry if this and my edit to the portal seem to insinuate that you don't know the alphabet, I'm just confused lol.--PJDEP - Need further explanation? 02:10, 18 February 2010 (EST)

iStory in the summer

Double check that the following is present for each defined namespace in the Localsettings.php file: -

Hi Ryan, I want ask you is there is a way for create an autmatic list of all my subpage, a thing like this:

(there are the mainspace created pages by me)

Should some of these be removed? Hulu's only showing the five most recent episodes, so the rest of the links lead to nowhere.--PJDEP - Talk - Polls and Opinions 03:06, 27 February 2010 (EST)

You do not know what happened to Agent Jordan and Joshuakorolenko, and why they do not created Chronicle...-Adamhiro- 18:46, 27 February 2010(LT)

After a couple of stabs at trying a DPL list of characters and their abilities, I dont know what Im doing wrong with that tool that I barely know how to use. help?--SacValleyDweller (talk) 22:26, 27 February 2010 (EST)