Originally titled Heroes: Renatus in 2011, Heroes: Godsend is a non-canon fan spin-off novel by Adam Sklar that serves as an unconnected "interquel" between Heroes and Heroes Reborn. Godsend spans ten chapters as the protagonist, "The Impossible Son", searches for the truth behind his origins as helpful strangers embark on his journey with him. Whilst it starts out with fresh characters, a big twist with the protagonist allows the story to intertwine with some recognisable faces. This novel was released on the 24th January 2016 and can be read on Wattpad or FanFiction.

Heroes: Godsend takes place in the United Kingdom in 2011, one year after the Sullivan Incident. Petrelli Manors have been placed around the world to aid refugees who have no home or families, and Riley Stenson finds himself outside one of these Manors with no memory of his life. He embarks on a search to discover the truth behind his identity and why he ended up outside Petrelli Manor with no memories whatsoever. When the truth becomes increasingly difficult to find, Riley attempts to follow the path in front of him, unaware that his very destiny is being hand-crafted by The Nomad. The Preservation of Eden is a company that aims to categorise all forms of plant and animal life, as well as secretly categorise as many abilities they can find. The Godsend Device is a powerful artificial stone that contains every single categorised ability to date in order to dispense one or more into a person, however only one character can use it. As the truth becomes clear, the characters are joined by familiar faces whilst they attempt to take down the Preservation of Eden and try to destroy the Godsend Device, no matter what the cost.

Godsend ties into the main Heroes universe when Riley Stenson learns that his conscience is trapped inside of somebody else's body, Noah Gray. Noah Gray is 'The Impossible Son', because he should never have been born. In this world, Sylar killed Elle, resulting in his possibility of being alive ultimately impossible. However, when The Nomad learns of parallel universes and somebody who has the ability to jump into them, he finds another Noah Gray and kidnaps him, bringing him back to the main Heroes universe. The Godsend Device was also found in another parallel universe. Hope was destined to destroy The Godsend Device, but The Nomad brainwashed Noah Gray into making sure that never happens. When Angela Petrelli has fuzzy dreams of the other side, she warns Noah Bennet that The Nomad will destroy humanity. She tells Noah Bennet and Hiro Nakamura that she saw them both saving Noah Gray in her dreams, suggesting that they should go and save him. However, things don't go entirely to plan when an important piece of detail is left out. 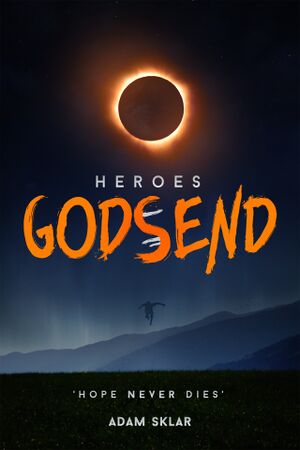 As an original story, Godsend surrounds a whole new set of characters who are struggling to find a place in this "Brave New World", but as the story progresses, a couple of familiar characters from Heroes find their way into the story and help the Protagonist to take down the "Preservation of Eden" and the elusive "Godsend Device", the crucial object from which the novel finds its name.

Heroes: Godsend was originally called Heroes Renatus when Adam Sklar had begun writing a spin-off story for Heroes. Originally, this was planned as a fan webseries that would have been uploaded to YouTube as a 13-part standalone series. This idea was originally posted to DeviantArt as a concept poster, inquiring as to whether it would be a project that people would like. When it became apparent that it would be far too difficult to produce the series, Adam Sklar decided to write Godsend as a novel instead. In 2014, the new Heroes series was surprisingly named Heroes Reborn. Renatus (or Renautas as it is spelt in Heroes Reborn) means "reborn" in Latin. It was even stranger when the first episode introduced the new company, Renautas. Shaking this off as one huge coincidence, Adam Sklar renamed the project to Heroes: Godsend, a much more appropriate title for the story that the novel surrounds.

The author of Heroes: Godsend has put together a fictional cast for Godsend. 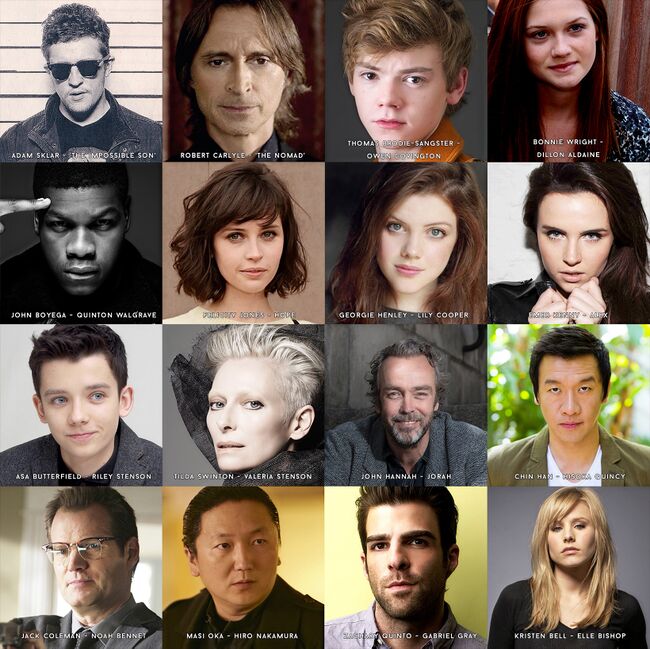