Below is an episode by episode recount of Ethan Campbell's history in the Chronicles universe. 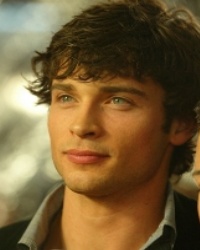 Ethan, as he appears in Season One

Ethan trains alongside Joshua Lincoln under the supervision of Senior Agent Bui. After demonstrating her skills, Tina asks Ethan what the first rule of being an agent is. Ethan answers wrong and Tina throws him across the room. She lets Joshua go but proceeds to train Ethan some more. Later, Angela Petrelli watches a security feed showing Ethan starting up Tina's car.

After learning that two villains are in New York, Angela recruits Ethan to be in the team that is going after them.

After receiving a debriefing on an assignment from Tina Bui, Ethan, Joshua Lincoln and Tyson Russel set out with Tina to bring in their targets. Soon arriving at Central Park, the agents split up into two pairs (Tina and Tyson, Joshua and Ethan) and set out to different areas of the park.

While searching around a fountain, Ethan generates a sphere of energy in his hand in case of any suprise attack. Joshua duplicates the power, angering Ethan. When a noise comes from the fountain, Ethan accidentally discharges his energy, destroying it. Vickie Palamino shows herself and offers to help the two men on the condition that they give her a free pass back to Italy. Ethan and Joshua reluctantly agree and go with Vickie to find Nicholas. They find him and Vickie attacks him with a shockwave just in time to save Tyson. Ethan rushes to Tina's side and tries to wake her while Joshua fights.

Ethan exits a van accomponied by fellow agents. He enters the Pinehearst building and is confronted by a Pinehearst agent who Tyson quickly kills. More Pinehearst agents approach Ethan and the group so Elisa uses her abilities to subdue them all. Ethan tells Elisa that Tyson has found out where Jordan is and the group soon meet up with him in the file room. Tom is shot dead by Lois Freeman who then sends out a beam of energy at Ethan. The beam amplifies his own powers and causes him to send out uncontrollable bursts of energy. Jordan and Elisa are forced to knock Ethan out. After Lois is killed, Jordan and Tyson attempt to carry Ethan out of the file room but are ambushed by several more Pinehearst agents.

After regaining consciousness in Pinehearst, Ethan discovers that his powers are gone. He goes with Jordan, Elisa and Tyson to the main entrance of Pinehearst and discovers that no one is there to prevent thier escape.

Exiting the Pinehearst building, Ethan and the other agents enter a waiting car and prepare to head off to save Joshua from Emily Rose. After a vision received by Jordan, Ethan expresses his fear that Emily will absorb his soul.

After arriving at the warehouse where Joshua is being held, Ethan generates a sphere of energy and throws it at Emily. Emily is unnaffected by the attack and shoots Ethan in the chest. As he lands on the ground, Emily uses her ability and removes his soul, leaving him lifeless.

Tina, Joshua, Jordan, Elisa and Tyson take a moment of silence to remember Ethan as they stand over his lifeless body. Later, Joshua is depressed as he blames himself for Ethan's death.