Below is an episode by episode recount of Jordan Matthews's history in the Chronicles universe. 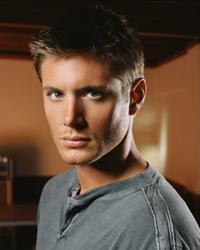 Jordan, as he appears in Season One

Outisde of Joshua Lincoln's home, Jordan talks with Elisa about the mission. He uses his ability and tells her that Joshua only recently manifested his abilities and is not in full control of them. Jordan tells Elisa that he could do something dangerous as he is terrified of what his abilities can do. Elisa agrees with him and signals for two other agents to start the mission.

After Elisa and the other agents lose Joshua, Jordan enters the home and sheds more light on Joshua's duplication powers. Using his own ability, Jordan locates Joshua and tells the agents to come with him. At a nearby park, Jordan and his partner approach Joshua, distracting him long enough for Elisa and her partner to bag and tag him.

One week later, Jordan visits Joshua in Level 5. He tells him that everything is about to change and that Joshua must be ready to join the fight. An alarm sounds and Jordan smiles, then walks away.

Jordan stands beside Angela Petrelli in her office as she views security footage of Sylar. Angela asks Jordan what he sees and Jordan focuses and places his hand on her shoulder, telling her not to give up. Angela thanks him and he leaves the room.

Jordan is in the file room, examining several files. Angela walks in and informs Jordan that she has a new assignment that only he can do. Jordan accepts it and Angela joins hands with him, thanking him deeply. She leaves and Jordan stares at the business card that Angela gave him. The card reads: Pinehearst.

Jordan, under the alias John Fraser, speaks with Maury Parkman about his new job at Pinehearst. Jordan uses his ability to detect what Maury is planning to do so he quickly offers his services at the Pinehearst Headquarters. Maury likes this idea and takes him to meet the rest of his team. Maury leads him into an area called "Special Resources" and introduces him to a young woman named Lois Freeman. Jordan greets her and is immediately given her job of reviewing files.

Later, when he is alone, Jordan manages to locate files on the Petrelli Family. He reads about the family's background and is shocked to see that the person behind Pinehearst is none other than Arthur Petrelli. When Jordan hears a knock on the door, he puts the file away and turns to see Lois, who is there to offer him some coffee. The two of them get talking and Lois reveals why she is working for Pinehearst. Jordan opens up as well and sheds some light as to how his ability manifested. He explains that it happened in high school and that he became a freak overnight. Maury Parkman returns with a group of guards. He smiles and tells Jordan that he knows all about his mission. After momentarily thinking, Jordan stands and surrenders.

Elsewhere, Tina learns that Jordan will have to indure torture, pain and misery in order to "save the world".

Jordan is being held in a cell in Pinehearst and is visited by Maury Parkman and Lois Freeman. Maury orders Lois to amplify Jordan's ability. She does so and the effects cause Jordan to see 5 years into the future. He is eventually pulled out of his vision and is told by Maury that thanks to him Mr. Petrelli knows that they must and will destroy the Primatech Company.

Jordan, still bound and gagged to his chair in a Pinehearst cell, is visited by Lois, who attempts to have him released. She is unsuccessful and informs Jordan of her new assignment, to kill him. Lois reveals to a suprised Jordan that she too is an undercover agent from Primatech and proceeds to release him, telling him that Company agents are on their way to rescue him. Jordan focuses on Tyson, locating him inside the Pinehearst building. Jordan thanks Lois and leaves to find Tyson and the others.

Jordan soon catches up with his rescuers and witnesses Elisa's partner, Tom, be shot dead by Lois. Jordan is confused and asks Lois why she did that. Lois calls for help and reveals that she is a double, double agent, and has stopped working for Primatech ever since she discovered the "perfect world" Arthur Petrelli plans to create. Lois amplifies Ethan Campbell's energy abilities, causing him to overload and release uncontrolled blasts of energy. Jordan and Elisa quickly knock him out as Tyson shoots Lois twice in the chest. Jordan and Tyson carry Ethan out of the room but are stopped by several armed Pinehearst agents. Elisa attempts to use her abilities but is unable to. Jordan, Tyson and Elisa then look out of a window to see an eclipse forming.

While held at gunpoint by Pinehearst Agents, both Jordan and Elisa discover that their powers are gone. Tyson shoots at a fire alarm which activates the sprinklers. Using this a distraction, Jordan and the others escape the agents. While hiding within Pinehearst, Jordan speculates that his powers are gone due to the eclipse and should return once it has finished. Leading them to the main entrance, Jordan, Elisa, Tyson and Ethan discover that there is no one blocking their escape.

After leaving Pinehearst, Jordan receives a vision of Emily Rose murdering Joshua. Following his vision to a warehouse, Jordan, Tyson, Elisa and Ethan rush to rescue Joshua and Tina from their prophecised fates.

Afer arriving, Jordan and his comrades attack Emily, resulting in the death of Ethan. Eventually overpowering Emily, Joshua is unable to kill her despite the urgings of Elisa, Tyson, Tina and Jordan. Emily eventually succumbs to her own power, exploding in a mass of light and blowing all agents across the room.

After mourning the loss of two fellow agents, Jordan reveals that during his incarceration at Pinehearst, he received a vision foretelling that the death of Emily would save Ethan and the Company. Following his earlier vision, Jordan and the agents discover that the Hartsdale facility has burnt to the ground and Angela no longer desires to keep the Company operational. After being fired Jordan, Elisa and Tyson go to a local bar and reminisce about the old days as Company agents.

As the night goes on, Elisa, Tyson and Jordan part ways and go to live out normal lives. 2 months after this, Jordan has become a phone psychic and still maintins contact with at least Elisa and shows no real interest in his new job. After "diagnosing" a caller without talking to them, Jordan is attacked by government agents and tazered by a man, who is also the team's leader.