Below is an episode by episode recount of Tyson Russel's history in the Chronicles universe. 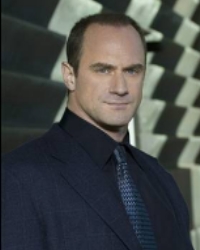 Tyson, as he appears in Season One

Tyson and Elisa Douglas' Partner are waiting beside a car outside of Joshua Lincoln's home. After a while, Elisa signals Tyson and her partner to begin the mission. Tyson knocks on Joshua's door and tells him that they are FBI agents. Suspecting danger, Joshua telekinetically throws them aside. Elisa materializes inside the house and is grabbed by Joshua, who duplicates her ability. Tyson attempts to shoot Joshua several times but every bullet is reduced to water upon contact with him. Joshua escapes and Tyson's partner, Jordan Matthews enters the house and senses for Joshua's location.

Later, in a park, Tyson and Jordan approach Joshua, distracting him long enough for Elisa and her partner to bag him.

Tyson bumps into Joshua Lincoln in a Company hallway. Tyson apologises for bringing Joshua in the way that they did and Joshua asks him how they found him so fast. Tyson explains that Jordan Matthews, his partner, has the ability to find people wherever they are. Joshua asks Tyson why he is working for the Company and Tyson explains that it is because of his mother, who was also special.

Tyson, along with several other agents, agrees to go on a bag and tag mission to recapture to escaped Level 5 detainees. Tyson, Tina, Joshua and Ethan arrive at Central Park where they split up into two groups comprising of Tyson and Tina and Ethan and Joshua.

After walking for a while with Tina, the pair find a badly beaten couple. Tyson deducts that their target, Nicholas must get stronger with the more sanity he absorbs. Tina assures Tyson that she will be stronger then Nicholas. At that moment, Nicholas jumps down and holds Tyson be the neck. Tina reacts quickly and punches Nicholas, sends him flying through the air. Nicholas recovers quickly and uses his own strength to defeat Tina. Tyson attempts to shoot Nicholas but he simply breaks Tyson's wrist, preventing him from pulling the trigger. Tyson then watches as Nicholas is defeated by his fellow agents, who have regrouped with him.

Tyson exits a van outside of the Pinehearst building. He is accomponied by fellow agents Elisa, Ethan and Tom. They enter the building in search of Tyson's parter, Jordan. Tyson kills a Pinehearst agent as he calls for help but he was too late to stop other agents from hearing him. Tyson, Elisa, Ethan and Tom are confronted by many enemy agents and the men take cover while Elisa uses her abilities to subdue all the other agents.

The group continue to look for Jordan and soon come across him. As they prepare to leave, Tom is shot dead by Pinehearst agent Lois Freeman who proceeds to amplify Ethan's abilities beyond his control. As Ethan screams in pain and releases blasts of energy, Tyson shoots Lois twice in the chest as Jordan and Elisa knock Ethan unconscious. Tyson helps Jordan carry Ethan out of the room but all four agents are stopped by a group of armed Pinehearst agents.

Still stuck inside Pinehearst, Tyson shoots at a fire alarm and sets off some sprinklers, distracting the agents that hold him and his partners at gunpoint. After finding a safe hiding spot, Tyson receives a call from Tina who asks him why the rescue mission is taking so long. After learning that Joshua and Alan have gone after an escappee named Emily, Tyson tells the others that they must hurry and escape.

Via Emily's flashback, it is revealed that Tyson and Tina were the agents who captured her. Tyson visited Emily after she was placed on Level 5 and after he refused to feed her any souls, she threatened that she would kill him after she escaped.

After finding the exit, Tyson tells Jordan, Elisa and Ethan that they must help Tina stop Emily no matter what. Tyson enters the main entrace of Pinehearst and upon seeing that there are no agents, he alerts his comrades and the group wonder why everyone is gone.

Tyson, Elisa, Ethan and Jordan escape Pinehearst and Jordan has a vision. Knowing that they do not have much time, Tyson and the others rush to Emily's warehouse. Once there, Tyson fires a tazer at Emily, but Tina is put in its path. Emily threatens Tyson and uses her power to blast Tyson and the others away from her. After Emily kills Ethan, Tyson shoots several bullets at her, not one of them hitting. She taunts him by saying that he does not really want to kill her and she is hit by Joshua. She uses her power to hold both Tyson and Joshua to the ground and slowly starts to kill them.

When Emily weakens, Tyson uses the chance to shoot her. His bullet nearly hits her straight in the head but it is stopped by Joshua. Tina tazers Joshua and Tyson's bullet fails to kill Emily, who ends up destroying herself with her power. Tyson and the others are thrown back into the walls and Tyson delivers a sentence to break their silence: "Holy shi-"

After the team mourns the loss of Ethan, Tyson suggests that they return to Primatech. They do so and all meet up with Angela Petrelli, who tells them that they are all no longer needed. She hands Tyson, Tina, Jordan and Elisa their severence pays and the agents say goodbye to The Company.

Tyson, Elisa and Jordan go to a bar and drink, remembering their glory days within The Company. Elisa asks Tyson if he knows where "Santiago" is and Tyson tells her that he is still in Peru. After Elisa bids them farewell, Tyson asks Jordan to use his ability to tell Tyson his future. Jordan refuses and thanks Tyson for being such a big brother and friend to him. The friends part ways and Tyson remains at the bar, still unsure of what to do with his life.