This article archives the history of Charlie Andrews during Season Four.

For more about Charlie Andrews, see the main article.

While in the House of Mirrors at the carnival, Sylar remembers cutting open Charlie's skull to gain her ability.

Later, Hiro tells Emma about how Charlie taught him to stay strong, even in the face of death and how she's the love of his life. Hiro decides to go back in time to save Charlie, adding it to his "bucket list", but Emma convinces him to wait for Peter to return and heal his brain tumor first. Later, Hiro accidentally teleports three years back in time to the Burnt Toast Diner, seeing Charlie through the window.

Charlie approaches Sylar and asks to take his order. She serves him coffee and notices his watch and comments that it is a Sylar field edition. Charlie goes into deep detail about the watch's origins and Sylar believes her to be a collector. Charlie denies this stating that she read about it a week ago and that lately, she has just been remembering everything. Charlie is questioned by Sylar and she answers all the questions correctly. Sylar then asks her if the blood clot in her brain caused her memory talents and Charlie is shocked. She listens as Sylar explains that he can see how things work and repair them if necessary. Charlie looks at him as he orders pancakes. 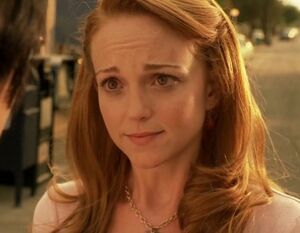 Charlie doesn't believe she was meant to live.

Outside the Burnt Toast Diner, Hiro explains to Samuel that Charlie is the biggest butterfly and that it is worth the risk in order to save her. When Hiro returns to the diner, Charlie is gone. Charlie is in the storage room preparing some things. She thinks she hears something and looks around. Behind her, Sylar raises his hand and prepares to telekinetically remove her brain. However, Hiro prevents this and saves Charlie. Charlie meets with Hiro in the storage room and the two embrace. He offers to take her anywhere in the world at that second and Charlie notices that he is serious. She decides on Otsu, Japan and begins to uncontrollably recite information on Otsu. Hiro snaps her out of it and Charlie realizes that the aneurysm has ruptured.

Later, Hiro returns to the diner with Sylar. They take Charlie into the storage room and offer to fix her brain. Charlie accepts that she is meant to die but Hiro states they are meant for each other. As poetry is recited to her, Charlie feels Sylar fix her brain. Her eye begins to briefly bleed and she realizes that her blood clot is gone. Charlie soon approaches Hiro and is angry with him. She says that Hiro cheated and wonders how he could let Sylar go on and kill so many people. Hiro claims that it is their "happily ever after" and that he loves her. Charlie believes he is selfish and leaves.

Charlie later apologizes to Hiro for acting so mean and thanks him for saving her life. She shows him an origami paper crane and tells him that she was trying to make one thousand so they could get their happy ending. She admits her love for Hiro and the two kiss. After the kiss, Charlie tells Hiro they should go and as they walk, Charlie is taken away by Arnold and Samuel. Samuel tricks Hiro into retaking control of his powers to teleport them back to the carnival in the present where Hiro finds Charlie's nametag. Samuel claims that Charlie is lost in time and that he is the only one who knows where she is as Arnold died after teleporting her. Samuel then makes Hiro a deal: he'll tell Hiro where to find Charlie if Hiro fixes things for Samuel that he messed up in the past.

Charlie is carried away by Arnold and taken from the past to the present.

Referring to Charlie, Sylar tells Matt that he once intended to kill a waitress at the Burnt Toast Diner.

At the carnival, Hiro is studying Charlie's name tag and Samuel comes over. Hiro demands for Samuel to return Charlie, but Samuel says that Hiro can free her by doing what Samuel wants. Samuel tells Hiro that once he gives him the film, he'll set Charlie free. Hiro warns that he isn't sure if he can time travel anymore and Samuel warns that he'll have to try very hard if he wants to save Charlie's life.

When Hiro returns, with the film. He asks for Charlie back, but Samuel refuses.

Hiro yells at Samuel, demanding to know where and when Charlie is. He threatens to kill him but Samuel warns him that if he dies, Charlie's location dies with him. Later, Hiro tells Lydia about Charlie and what Samuel did to her. After going back in time, Hiro is worried that Samuel will discover what happened and refuse to return Charlie to him.

When Damian is altering Hiro's memory, Charlie is seen.

Before killing Arnold, Samuel asks him if Charlie is where they discussed and Arnold states she is, but that no one deserves the fate she received.

Inside of Hiro's mind, a "court case" is being held against Hiro for abusing his powers. Sylar is called to the stand and recites a list of people he killed because Hiro saved Charlie. Hiro insists the world is better off with Charlie in it and Adam Monroe proceeds to call her to the stand. However, Charlie is unable to as she is lost in time. Adam asks why this is and Hiro admits it is his fault. 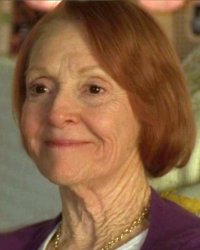 Charlie is reunited with Hiro after 65 years.

Charlie gives a message to a nurse and she gives it to Hiro. On the paper she tells Hiro to come find her. She also sends an origami crane with the note.

Later, Hiro enters the room of the girl who give him the note and finds an elderly woman. She addresses him as Hiro, and Hiro realizes that it's his Charlie, but many decades older. Charlie explains that Arnold was waiting for her outside of the Burnt Toast Diner, and took her through time to Milwaukee on January 26, 1944. She got a job in a munitions factory and lived the next 65 years. Hiro apologizes, explaining that Samuel sent her through time because Hiro loved her. Charlie tells Hiro that she would have waited for him, but she was middle-aged by the time he was born. She tells him that she is happy that she got to see him before she died. The brain aneurysm never troubled her, but everything else is about to give out. Hiro says that he can fix everything, and Ando takes his friend aside. Hiro says he'll go back to 1944 and save Charlie, and Ando asks who he's doing it for; Charlie, or himself. Hiro insists he's doing it for Charlie, and Ando walks out of the room.

After talks with Ando, Hiro explains his plan to Charlie. She says that it sounds like a good life, but she's already had a wonderful life. Charlie's granddaughter Sally comes in and Charlie introduces her to Hiro. Charlie sends her to bring her mother and father, and then explains she married a wonderful man and has had four children and seven grandchildren. She doesn't want to cause all of that to go away. Ando comes in and tells Hiro that he heard from Noah, who needs them now. Hiro looks in at Charlie as her family gathers around her, and realizes that he has saved her and his hero's journey is at an end. Ando tells him that Samuel is in Central Park, and destiny calls. Hiro bows to a touched Charlie and blows her a kiss, touches Ando, and teleports away while Charlie watches through the window.

In Hiro's second blog post, "Back on Track", he mentions how he is still grieving over the loss of Charlie. He says that he is happy that she was able to live a happy life, but a part of him will always mourn for what could have been. He says how much of an inspiration Charlie is to him and that he just has to let the grief flow right through him.

In Hiro's fourth blog post, "Blast from the Past", Hiro isn't sure if he is ready to go back in the past after everything that has happened with Charlie.