Note: This date does not exist in reality. 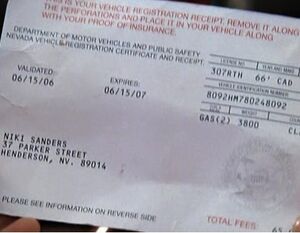 The Cadillac is registered on June 15th.